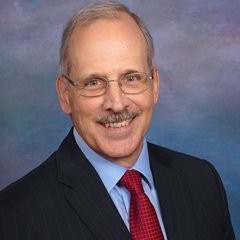 James Harvey, a Director in the Atlanta office, has more than 18 years of experience as a retained executive search consultant in a wide range of industries and functional areas. At Stanton Chase he functions as a generalist, with a concentration in the financial services, manufacturing, and retail industries.

Before joining Stanton Chase in 2003, he was Vice President of a boutique executive search firm in the Atlanta area, conducting searches in a variety of industries, including pulp and paper, specialty chemicals and manufacturing. A native of Pennsylvania who has made Atlanta his home since 1978, Jim began his professional career in human resources management, working for Travelers Insurance Company in various locations throughout the United States.

After 11 years with the firm, he became Director of Human Resources in Atlanta for one of the nation’s leading furniture retailers. Following that he led human resources management for a fast-growing software development firm, also in Atlanta. Jim received his Bachelor’s Degree in Mathematics from the University of Colorado and did post-graduate work in economics and accounting at Georgia State University. Jim and his wife Mimi are avid fly fishers who have enjoyed the sport in rivers throughout North Georgia as well as in waters from Alaska to Belize.