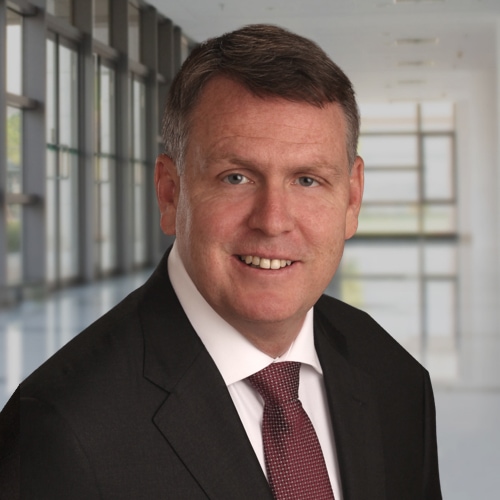 David Farrow is a Director at the Stanton Chase Los Angeles/Southern California office. He is building up the Veteran Opportunities program for Stanton Chase in the Southern California region, which is home to the nation’s largest military and veteran population. A retired U.S. Air Force Colonel with experience in space operations, flying operations, and contingency ground operations, David has held command leadership positions in three distinct mediums – space, air, and ground. He has demonstrated expertise in international partnership development by representing the U.S. Air Force in over 60 different countries during his 24-year career. As the Base Commander of a coalition airbase that directly supported combat operations in Afghanistan, David was awarded the Bronze Star for his meritorious service operating an airbase that flew unmanned systems, rotary wing, fixed wing, and tilt-rotor aircraft.

David has extensive Washington, DC experience from his time on the Joint Staff in the Pentagon from 2009 to 2011 where he served as the Chief of the Legislative and Interagency Division (Afghanistan-Pakistan) responsible for communicating the Department of Defense’s Afghanistan-Pakistan strategy to Congress. Prior to joining Stanton Chase, David was the President of Mobilizing Former Military for Missions where he created a Veteran Service Organization growing to chapters in the 20 largest U.S. military population centers and tasked with championing the unique skills and talents of former military members to serve in global humanitarian organizations. David earned four Master’s Degrees with his most recent being a Master of Science in National Security Strategy from the National War College in Washington, DC. He earned his undergraduate degree from Virginia Tech with a Bachelor of Science in Aerospace Engineering.