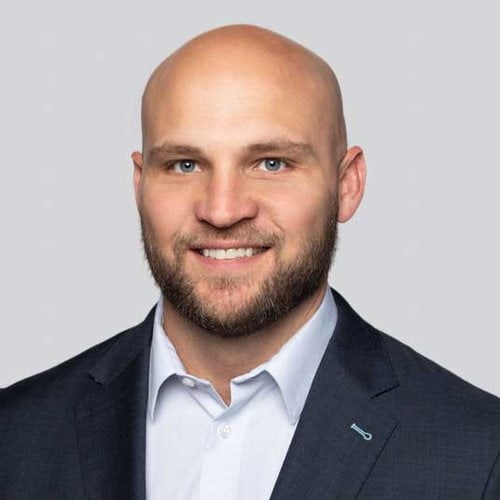 Derek is an experienced executive with a passion for people, performance, and leadership. He currently serves as the leader of consulting services and products at Teamalytics. In his career, he has held leadership roles in operations, sales, product development, and consulting.

Derek has led projects across the world with executive teams in manufacturing, oil and gas, retail energy, private equity, real estate, healthcare, sports and entertainment, transportation and logistics, and technology. In addition, he focuses on the study and development of millennial leaders and generational differences in the workforce.

Before his time at Teamalytics, Derek experienced a successful career in the National Football League as a defensive lineman with the Kansas City Chiefs. His education includes a bachelor’s degree from the University of Texas. Voted team captain, Derek played for the 2005 National Champion University of Texas football team, during which time he also earned Academic All-American honors. In 2019, he completed his MBA from the Cox School of Business at Southern Methodist University.

Derek and his wife, Charlie, reside in Dallas, Texas and have three sons: Logan, Lawson, and Landon.