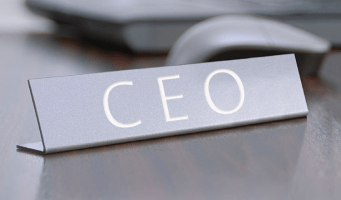 December 6, 2016 – Executive search firm Coleman Lew + Associates has appointed Shana Plott as its new chief executive officer. She becomes the first female CEO in the firm’s 37-year history. The leadership transition is expected to be seamless, as Ms. Plott has been helping manage the search outfit for the past two years.

Ms. Plott has been a managing director at Coleman Lew for the past five years. Prior to joining the firm, she worked in the Carolinas office of Heidrick & Struggles, serving as an associate director where she completed searches for CEOs, CFOs, and other senior level executive across a number of industry sectors.

In addition, Ms. Plott spent almost 20 years in the healthcare and non-profit sectors. She began her career as a certified recreation therapist in acute and long term care, working at NC Memorial Hospital, Cape Fear Valley Medical Center, and The Methodist Home. She then transitioned into management, ultimately serving in director level roles in development, marketing and communications. Most recently, she spent seven years as development director for KinderMourn, Inc.

“Shana is the best search professional I’ve seen in my life,” said founder Chuck Lew, who has been in the industry since 1979. “She’s sharp, puts people at ease, asks good questions, follows through on everything and is the consummate connector. Not only does she excel at search, but she’s an exceptional manager and an even better leader. I’m honored to pass the reins to her.”

Boyd L. George, chairman of Alex Lee, is a Coleman Lew client who has worked with Ms. Plott on several searches – both for his own company, one of the largest food retail and distribution companies in the Southeast, and for the search for the president of Lenoir-Rhyne University in Hickory. He described Ms. Plott as “very patient, well-organized, deliberate and effective.”

“Chuck has built an incredible company,” said Ms. Plott. “From the time I first interviewed here, I liked Coleman Lew’s work ethic, values and reputation. Being part of this team has been the greatest joy of my career, and I am thrilled to have the opportunity to lead a team I respect so much.”

Mr. Lew, who will continue in his role as the firm’s managing director, said the executive search business historically has been dominated by men. “We need more women at the top, and we’re excited that Coleman Lew is leading the way – on a national level – by promoting a capable, talented woman to our top post. Shana has earned this.”

According to historical data collected by Hunt Scanlon over a nearly 30 year period, women in the executive search industry have made considerable progress when compared to other professional services sectors — and they continue to do so on a global basis.

Elaine Filimon, who heads boutique search firm Filimon Partners in Arlington, Virginia, says that 15 to 20 years ago female role models in the search business were hard to come by. But as more women have gotten into the business, many of them starting boutique firms of their own, they in turn have introduced more women into the recruiting field. That, she believes, lies at the heart of the exponential growth rates of women in the industry. “What’s more, there are more female executives today on the client side,” said Ms. Filimon. “So women in search feel far more comfortable, and less threatened, interacting with a professional of the same gender.”

Hiring activity at executive search firms, in fact, seems to be favoring women these days, especially when it comes to leadership roles within some of the best known recruiting concerns. Here’s a look at some women who have been appointed into leadership positions from the Hunt Scanlon archives:

Check Out These Related Articles On Women In the C-Suite:

Women Rise to Dominate CHRO Roles, But Falter On Path to CEO Women In the C-Suite Lagging Male Counterparts Diversity Hiring Is Lagging At CEO and CFO Levels Path to Profitability: The Business Case for Board Diversity Empowering Women In the Workplace Starts Here Global Boards Step Up Efforts to Broaden Roles for Women Women Static In Workforce But Gain As Top Talent Advisors