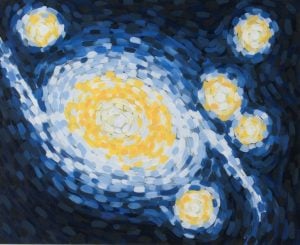 December 6, 2016 – The Space Foundation has hired Denver-based executive search firm McAleer Gray to conduct a global search for its next CEO. Founding partners Terrance McAleer and Brad Gray are leading the search assignment.

Past CEO Elliot Pulham resigned in October and was replaced on an acting basis by the Colorado Springs-based non-profit’s chief operating officer, Shelli Brunswick. While the foundation did not say there was a link, Mr. Pulham’s resignation came after the online site NASA Watch, which is not affiliated with the foundation, reported that Mr. Pulham had made crude comments on Facebook about Democratic presidential nominee Hillary Clinton.

“The Space Foundation team has made many positive strides in recent years; we are proud to be a respected advocate for all sectors of space,” said Admiral James O. Ellis Jr., chairman of the Space Foundation board of directors. “As a global leader, the Foundation is focused on growing its ability to educate and advocate on behalf of the space industry, and we look forward to finding the next person to propel that mission forward.” He said the organization was committed to “an open and competitive process” to select the Foundation’s next leader.

The new CEO will lead a team of 50 professionals providing advocacy and education services to the space industry, educators and students, government officials and news media around the world. Founded in 1983, the Space Foundation is the foremost advocate for all sectors of space, and is a global, non-profit leader in space awareness activities, educational programs and major industry events, including the annual Space Symposium.

McAleer Gray is a national boutique search firm with offices in Denver and New York. The firm’s clients extend across a multitude of industries, and its focus ranges from board director placements to all C-level functions, as well as their direct reports. Its clients include Berkshire Hathaway; The Walt Disney Company; Ball Aerospace; CSG Systems; HIS; AT&T Wireless; Digital Globe; Davita; Harbinger; Prologis; Ford Motor Company; Janus; Comcast; Cricket Communications; Eddie Bauer; Rent A Car; Johns Mansville; Harry & David; Aviva Insurance; The Broe Companies; and Credo Petroleum, among others.