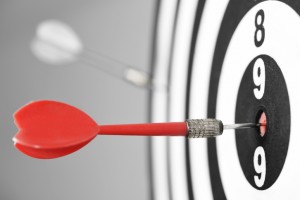 “We need to lead by example in order to drive change in corporate Australia,” said Ms. Cash. “I am very confident that with proactive efforts by all ministers, we can achieve this target.”

In a speech to mark International Women’s Day last week, the minister spoke of the “synergies” between her two portfolios: employment and responsibility for women. The government’s duty, she said, is to remove barriers so women and men can make the choices they want, rather than take the options they are forced to take.

“Working full time and being the primary breadwinner is too often seen as a choice that men make in the same way that working part time is seen as a choice for women,” said Ms. Cash. “But neither is a genuine choice.”

Both men and women, she said, are “funneled” into these choices by societal and workplace expectations of women as the ‘ideal career’ and men as the ‘ideal worker.’ “It is only when we notice these ‘norms’ – which we are now doing – that we can challenge them and replace them with something better,” she said.

“Australia is joining a global movement to upgrade, improve and advance gender diversity across corporate boardrooms and the C-suite,” said Scott A. Scanlon, founding chairman and CEO of Hunt Scanlon Media. “And executive recruiters are seen as part of the vanguard ushering in that change.”

Mr. Scanlon pointed to a number of initiatives underway, many backed by leading search firms, which are fostering progressive corporate actions. In some instances, he said, affirmative action guidelines are being set in countries where there’s been resistance to gender diversity, or a lack of attention paid to it.

In Norway, for example, a law which took effect a decade ago requiring 40 percent representation of both genders among board members has resulted in the country’s top-listed companies having the highest representation of women in the world, this according to a new report released a few weeks ago by Spencer Stuart. In the Nordic countries, the percentage of female directors on boards is 32.5 percent, outpacing most other European countries.

“There is no doubt these statistics mainly result from the new law,” said Baard Storsveen, who serves as managing director of 79°S Executive Search & Advisory in Norway. “But it is important to say that the quality of female board members is equal to their male colleagues. This means that even though the law ‘forced’ companies to look for women, the end result was good.”

While 48 percent of new board appointments in Norway were women, according to the Spencer Stuart study, neighboring country Sweden reported that 57 percent of its new company directors were women. Compared to anywhere else globally it is an eye-popping figure.

In the U.K., FTSE 100 companies reached a 25 percent threshold goal established in 2011. A tough new target of 33 percent by 2020 has just been set for all FTSE 350 companies — one that includes both executive and non-executive directors.

When focus is lacking, so are the positive statistics. Spencer Stuart’s 2015 U.S. board index found that women account for only 20 percent of all S&P 500 directors, despite making up 47 percent of the U.S. workforce and controlling or influencing nearly three-quarters of household spending. With the average S&P 500 board comprised of 11 members, that equals about two women per board.

When asked if the U.S. should follow countries that are setting tough standards to increase directorship opportunities for women, Judith M. von Seldeneck, founder and chairman of Philadelphia-based Diversified Search, shared this: “I am all for increasing ‘female gender targets’ and frankly think that is the only way we will see progress. Maybe if we change calling it ‘quotas’ in the U.S. to female or women gender ‘targets’ it will be more palpable here.”

Fergus Kiel, a partner in the CEO & board practice of Heidrick & Struggles in Sydney, said corporate Australia strongly supports the drive toward greater gender diversity.

Mr. Kiel noted that the Australian Securities Exchange set recommendations for the ASX 200 listed companies to simply report the percentage of women on their boards. Just that step, he said, greatly improved corporate diversity. While the recommendations are not mandatory, the effect of them has resulted in a steady improvement in the percentage of women on boards in Australia: In 2011, 13.4 percent of board seats were filled by women among the ASX 200; as of last month that figure had risen to 22.7 percent.

“In our experience, chairs want experienced senior executives on their boards, and we believe the only way to get to the 50-50 parity sought by the federal government is to ensure there is a continued effort to ensure a healthy pipeline of diversity in front-line executive positions,” said Mr. Kiel.

“We routinely draw on our network of senior executive women to present to chairs, as well as to chief executives looking for the best talent on their leadership teams, and we’ve had great success in helping to transform those teams as a result,” he said.

Colleen Hulce, founder and CEO of search firm Hulce Associates based in Marina Del Ray, CA, said the major emphasis has been on recruiting females to boards for the last several years. “There is still tokenism at play to the extent that once a board has one or two women there’s the sense, ‘That’s enough, we are now diverse,’ when the reality, of course, is that the gender is still under represented.”

Check Out These Related Articles on Women: