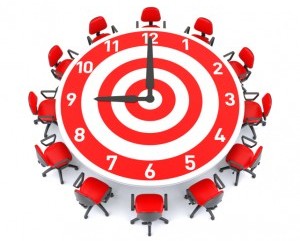 April 15, 2016 – Sheer confidence among nearly 80 percent of female financial advisors is one of the biggest factors impacting leadership, success and fulfillment in their careers, according to a recent study conducted by Edward Jones. Half of those surveyed say confidence is the single most important tool in career advancement.

“Confidence in one’s ability to succeed plays a critical role when it comes to career success,” said Katherine Mauzy, principal of financial advisor for talent acquisition at Edward Jones. “While the shortage of female confidence relative to male confidence remains prevalent in today’s workforce, evidence shows that confidence can be acquired.”

Twenty-five percent of respondents say having a mentor or sponsor is the most important tool to advance one’s career, while 15 percent credit hard work and accomplishment. Just nine percent say having a professional network made the difference in their professional lives, and just one percent acknowledge that an advanced educational degree was a crucial advancement tool.

Age also plays a factor. Sixty-six percent of those over aged 64 and older say confidence is the most empowering tool for career advancement, compared to roughly half of those aged 45 to 63 and 29 to 44. All women in the youngest group, aged 18 to 28, instead choose mentorship / sponsorship.

In recent years, many studies have pointed to the disparity in confidence among men and women in the workplace. For example, the Institute of Leadership and Management surveyed British managers about how confident they feel in their professions. Half of the female respondents reported self-doubt about their job performance, compared with fewer than one-third of male respondents.

The Edward Jones survey also reveals inconsistencies in views on female representation and advancement opportunities in its wheelhouse: financial services.

“The financial services industry as a whole has been working to increase female representation, however a lot more can be done to ensure that women are backed with the tools and resources to promote and instill confidence,” said Ms. Mauzy.

“I believe companies are making a concerted effort to move women into more visible roles,” said Carol Hartman, managing partner for the North American financial services search practice at DHR International. “While I don’t exclusively look to focus on female placements, I do make sure the presentation of them as candidates is on a level playing field.”

“A career in financial services has many characteristics that appeal to women,” said Amanda Foster, leader of Russell Reynolds Associates’ global financial services sector, based in London. “The profession is intellectually stimulating, high on interpersonal interaction and provides an element of entrepreneurism and flexibility,” she said.

“Whether in financial services or other industries, women often engage well with executives and clients alike, and enjoy the blend of EQ and IQ that the role requires,” she added.

Carol Coleman, managing partner of financial services specialist recruiters Coleman & Company, said: “Women are growing in numbers within investment banking at the analyst and associate level, but then it tapers off for lifestyle reasons.”

So where else can women turn? Some say the executive search sector itself provides a welcoming platform for women of all ages, where career advancement opportunities are plentiful.

Ms. Foster says that in financial services specifically, “a number of very capable women in the City reach a point in their careers where they are looking for a change, but one that continues to keep them connected to the financial services eco-system.” For many of them, she says, “search provides a rewarding next move.” Indeed, within executive search, women are advancing much more quickly than in other professional services sectors — and taking top jobs along the way.

“More women leaders in financial services executive search means that you will see more female candidates for the top jobs,” said Ms. Hartman. “While male search consultants certainly present diverse slates of candidates, they are not networked with female candidates in the same way a female consultant is.”

Ms. Hartman said she recently audited her practice and found that 47 percent of her placements had been women, which included four of the six board positions she filled, since joining the firm in 2013. She encourages other recruiters, both male and female, to conduct similar self-appraisals.

Sometimes, she said, candidates may find a female voice on a cold call less challenging. “Often times, candidates find it easier to build trust with women,” said Ms. Judson. “Women may be able to offer advice, counsel, and feedback — but especially negative feedback in a less threatening way.”

Check Out These Related Articles On Women In Business: