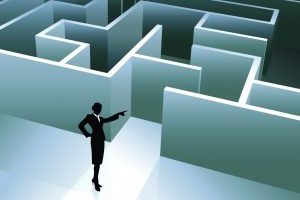 October 24, 2016 – Even though an analysis of the top 1,000 U.S. companies by Korn Ferry finds the percentage of women in most C-suite positions is dramatically lower than their male counterparts, the chief human resources officer (CHRO) position is the only C-suite role where there is gender parity. A full 55 percent of CHROs across industries are women, according to the company’s latest findings.

“In our research, we find that women rank higher on key competencies needed in the CHRO role such as collaboration and negotiation skills, the ability to balance multiple constituencies and an appreciation for the dynamics of the overall business,” said Joseph McCabe, vice chairman in Korn Ferry’s global human resources center of expertise.

Interestingly, other Korn Ferry research shows a distinct correlation between CEO and CHRO competencies. But according to Mr. McCabe, “women are still not making it to the very top spot at the rate they should.”

“The gender of the CHRO is often a product of the CEO’s preferences when selecting their key confidant and strategic talent partner,” said Jason Hanold, CEO of Hanold Associates. “Typically, male CEOs prefer the approach and capabilities that a talented female brings to the HR leadership role. Since most CEOs today are male, that preference likely helps drive the preponderance of females occupying the senior-most HR leadership role in most companies.” 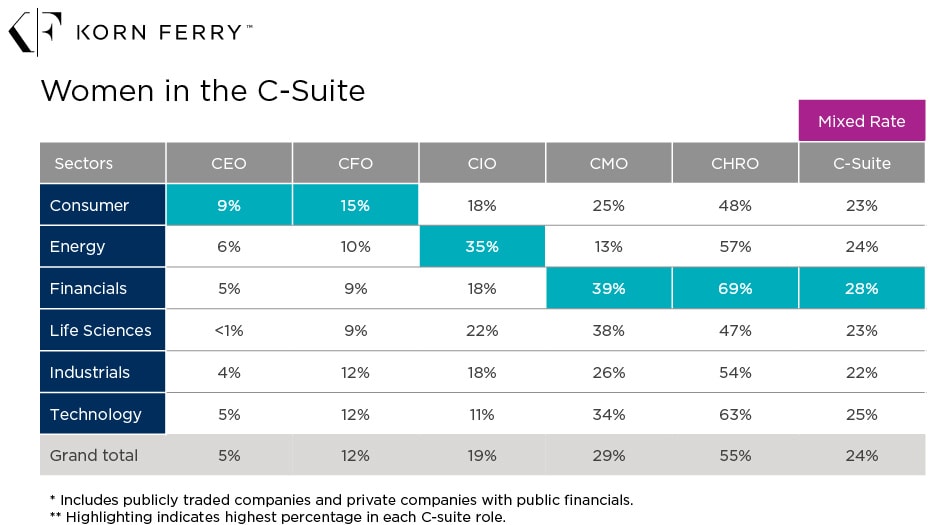 According to Mr. Hanold, the ratio is higher in the industries where there tend to be more males within the executive committee composition (financial services, technology, energy and industrials), whereas there is more balance in the consumer and life sciences sectors, where there tends to be more female senior level executives to begin with.

“Another contriving force is that the natural discussions about talent and HR tend to pivot on diversity, which elevates awareness, which drives outcomes in hiring,” said Mr. Hanold.  Among the women Hanold Associates has recently recruited into the CHRO position nationally: Barbara Bolender into the Las Vegas Convention and Visitors Authority (LVCVA); Sharon Quiles to Riddell; and Lisa Jacoba into CPI Card Group.

“Indeed, in our search practice, we see more women being both requested and selected for CHRO roles,” said Donna Friedman, CEO of executive search firm Tower Consultants. “I believe it’s because females provide a great counter-balance to all the testosterone in the boardroom and in the C-suite.” As a result, Ms. Friedman said she sees companies increasingly seeking more diversity.

“As a woman — of course I’m not prejudiced — but I do believe females in general have higher emotional IQs with a stronger intuitive sense, ability to listen and to pick-up on non-verbal cues,” Ms. Friedman added. “So much of HR involves having empathy and engaging in difficult and highly confidential discussions and I believe females are more trusting of other women and men are often more willing to share personal concerns with a maternal figure than with a male who they may perceive as more competitive or threatening.” Among her notable placements, Ms. Friedman recruited Kathleen Weslock into the CHRO role at Frontier Communications as the company was driving toward Fortune 250 status.

The thinking that women have developed with more multi-tasking, project organization skills and attention to detail may also come into play given the barrage and array of problems that are presented to HR on a daily basis, said Ms. Friedman. “Further, as corporations have become more focused on employee development, women are generally viewed as more naturally nurturing. It’s also true that women have traditionally gravitated to HR as a career choice and so, perhaps, there are more females in the search pool,” she noted.

For all the value that those who occupy the chief human resources officer (CHRO) seat have brought to their companies over the years, it is only now that the role has begun to claim the fullest respect and attention of top leadership. It’s been a long time coming, say recruiters who hunt for them, but in today’s business climate, in which responding to change and getting off the ball first matters a great deal, CHROs are playing a more critical part in moving their organizations forward.

The CHRO, of course, has always played an essential role. But changing times have helped to elevate the position to new heights. According to Alan Guarino, vice chairman in the CEO and board services practice for Korn Ferry, there’s a bit of a revolution going on in the world of CHROs. He brings a unique perspective to Korn Ferry as a former chief executive officer and experienced consultant, working with corporate boards and executive teams to drive business and talent management strategies.

Here’s some of Mr. Guarino’s latest thinking on CHROs:

Alan, describe for us how the CHRO role has evolved in recent years?

Gone are the days when people in this role are seen as the keepers of the administrative people functions. Today’s effective CHROs are clearly part of the executive teams that develop and execute business strategy. Increasingly, the CHROs that we work with own the talent solution side of the business, aligning talent workstreams to drive the business toward the organization’s objectives. Companies where the CHRO focuses on this strategic set of responsibilities are positioned to gain the upper hand, because these firms are likely to better execute their strategies.

So why do CHROs have the potential to make great leaders?

Korn Ferry research shows that, while most best-in-class executives reveal a similar silhouette, it is clear that CHROs are cut from the same cloth as CEOs and COOs. It is not a surprise that COOs and CEOs have similar profiles, given that they play similar roles. What is fascinating is that best-in-class CHROs are so much more similar to CEOs than are CFOs, CIOs, or CMOs. Even examining nuanced distinctions, we find that the CHRO’s profile is statistically closer to that of the CEO and COO than are the other key functional leaders.

How do CEOs view the importance of the CHRO position within the overall scope of the how the business performs?

Paying attention to the talent part of the business is critical to success. Total human capital costs can account for as much as 70 percent of operating expenses, including for Fortune 500 companies. To get the most from this investment, organizations need to align their talent strategies and their business objectives. Historically, HR has been very proud of its programs. The focus has been the programs and their component parts and not how they actually drove the successful execution of the business strategy. But today, it’s not about the programs. It’s about workstreams that align talent to the mission. This alignment puts CHROs in a very strategic position and in partnership with the CEO, CFO, chief marketing officers (CMOs), and other C-level leaders.

What can you tell us about the current state of the CEO / CHRO relationship? What’s the balance of power?

Of great importance in the expanded role of the CHRO is acting as a key ally to the CEO. As a trusted advisor, the CHRO can tell the CEO what he or she needs to know: Is the CEO having the intended impact as a leader? Is the right executive talent in place? Is the culture productive and emerging—or is it in danger of becoming toxic and demoralizing? Without leveraging such deep insights on talent, leadership, and culture, a CEO may find that even exceptional technical solutions are not being implemented—or are being implemented out of sync with rapidly changing global markets. CHROs who move well beyond merely administering programs create impact and a return on the money invested in their company’s talent systems. It takes courage and a willingness to be proactive; they must anticipate problems before they arise and provide solutions. As more CHROs step up to the challenges and expectations of broader, more strategic responsibilities, the more the role will evolve into ownership of the talent solutions for executing the organization’s strategies.

Here is a Link to Alan Guarino’s Published Work and Media Appearances: http://www.kornferry.com/consultants/alanguarino/

Check Out These Related Articles On Women Leaders and CHROs: