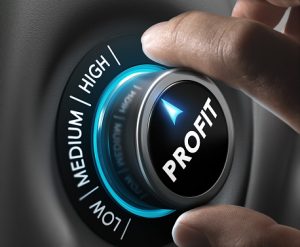 May 2, 2016 – Companies with greater female representation in the boardroom tend to be more profitable, but women still remain under-represented across Asia Pacific boards, with most countries showing little or no progress, according to a new study by Korn Ferry and the National University of Singapore (NUS) Business School’s Center for Governance, Institutions and Organizations (CGIO).

The study, ‘Building Diversity in Asia Pacific Boardrooms,’ is the fourth in the Korn Ferry Diversity Scorecard series and examined the largest 100 publicly listed companies’ annual reports in 10 Asia Pacific economies: Australia, Mainland China, Hong Kong, India, Indonesia, Japan, Malaysia, New Zealand, Singapore and South Korea. Based on the findings, firms with at least 10 percent of female board members delivered a 14.9 percent return on equity compared to just 12.6 percent for those without.

Despite a compelling business case for board diversity, the increase in gender board diversity continues at a slow pace. Women make up just 10.2 percent of all directors in this latest study, up from 9.4 percent in 2013 and eight percent in 2012. Only three out of 10 countries showed substantial improvement.

According to the findings, three countries in the Asia Pacific region, namely Australia, India and Malaysia, showed significant improvement in broadening women representation on boards across the companies. A combination of government initiatives has contributed to the increase in these countries.

“It is clear that governments and regulators play an instrumental role in shaping the board diversity landscape,” said Alicia Yi, managing director, board & CEO services at Korn Ferry. “Whether it is through targets, quota or disclosure requirements, these measures are needed to help enterprises make a deliberate choice in considering female candidates alongside men for senior positions.” The benefits to sustainability, talent retention, strategic growth and sustainable success are significant, she added.

Asia Pacific falls far behind benchmark global economies such as the U.S., the U.K. and the European Union. For the region to reach parity with these markets, it would require another decade of growth at the current pace.

“There is no doubt that a gender-balanced and diverse board can add real value to operational and financial performance,” said Ms. Yi. But in Asia Pacific, she said, “we have a long way to go when it comes to fully embracing diversity. Thus, a stronger push is needed to bring corporate boards to the next level in the region.” She said the aim of the report is to raise awareness and encourage all stakeholders – governments, regulators and private enterprises – to take an active approach to improving board diversity in Asia.

It is encouraging to note that all-male boards are no longer a majority in the region with a significant drop from 53.2 percent in 2012 to 39 percent in 2014. This large decrease indicates that boards recognize the need for gender diversity. However, they still lag far behind FTSE 100 companies; there are no longer any all-male FTSE 100 boards.

Most of the countries reviewed showed little or no improvement in gender diversity, with the exception of Australia, Malaysia and India. These three countries also saw regulatory action or governmental support for promoting board diversity. As in other studies reviewed by Hunt Scanlon Media over the past 10 months, mandates and quotas seem to be the only effective way forward for most companies when it comes to any focus on, and movement towards, gender parity. At the bottom of the gender diversity rankings are South Korea and Japan with 2.6 percent and 3.3 percent female board members respectively, followed by Singapore at 7.7 percent.

Here is a closer look at the results, by country:

Japanese gender diversity remains low compared to other developed markets, with women occupying only 3.3 percent of board seats (the second lowest proportion in the region). Only five companies had more than one woman serving on the board and 65 boards had no women at all. Those companies with at least 10 percent female directors enjoyed 13.4 percent return on equity compared with just 8.3 percent for companies with less than 10 percent women on the board. The government has set a target of having 30 percent women in senior corporate positions by 2020.

South Korea remains the lowest-performing economy in terms of overall gender representation, with only 2.6 percent of its board members being women and holding seats in 16 percent of the boards in 2013 and 18 percent in 2014 – both the lowest numbers across the economies studied. Overall, South Korea’s female representation remains at a similar percentage level as in 2013. Those few boards with more than 10 percent female directors recorded a somewhat lower return on equity compared to those with more women. This tendency may reflect a lack of gender diversity in leadership roles across the Korean economy.

The representation of women on Hong Kong’s boards has increased incrementally to reach 10.7 percent in 2014, slightly above the regional average. Twenty nine percent of boards still have no women, despite Hong Kong having the largest boards in the region with an average of 14 members. In particular, few women are being appointed as executive directors, who comprise 31.3 percent of directors (another 39.7 percent are independent board members and 29 percent non-executive directors). The study also found that companies with more women tend to be somewhat more profitable than those with less than 10 percent female board members.

While slightly behind the regional average, India has made significant progress in broadening female representation across companies with the percentage of all-male boards decreasing significantly from 44 percent to 29 percent. Companies with more gender diversity had higher return on equity than those with less than 10 percent female board members. The Company Act, which required all listed companies to have at least one woman on the board, has helped enable this broadening female representation.

Singapore fell behind India this year in gender diversity: Women hold 7.7 percent of board seats, an increase of 0.3 percent from 7.4 percent in 2013. This figure places Singapore as the third lowest in terms of gender representation, ahead of only Japan and South Korea. All-male boards lead 46 percent of companies, a slight decrease from last year’s 52 percent but still having the third highest percentage in the region. Companies with at least 10 percent female board members recorded slightly higher return on equity than those with less. Gender diversity has been included in the MAS code of corporate governance, but there are no mandatory requirements for gender diversity.

Women make up 11.4 percent of all board memberships in listed companies Indonesia, a higher proportion than among the companies with the top 100 market capitalizations analyzed in the report. This percentage has decreased slightly since to 11.1 percent of board seats. The number of all-male boards decreased slightly. Those companies that had more than 10 percent female board members enjoyed a 3.1 percent higher return on equity compared to companies with fewer women. Indonesia does not have corporate governance guidelines for gender diversity under the IDX stock exchange’s code.

Malaysia saw the largest year-on-year increase in female representation (8.3 percent to 12.5 percent), reflecting the success of its governmental programs to increase gender diversity. In the past year, the number of all-male boards has also decreased significantly from 52 percent to 29 percent, the largest decrease to date. Companies with more women enjoyed a slightly higher return on equity than those with 10 percent or less female board members. Although it fell short of its target of 30 percent female representation by 2016, Malaysia is the only country in the study to have implemented such a target and provided active support for companies to reach the goal.

New Zealand has increased its proportion of women on boards substantially since 2011 with 13.4 percent of board members being women compared to 7.5 percent in 2011. However, it saw a slight decrease this year of 0.2 percent. New Zealand has the smallest boards in the region with an average of 6.5 members, with 45 percent of them not having appointed any women directors. There is one company in the survey which has a majority of female directors. Those boards with at least 10 percent female directors enjoyed a significantly greater return on equity of 9.9 percent compared to just 4.7 percent for those with fewer women.

Australia continues to be the best-performing country in terms of gender diversity in the boardroom. It also remains the only economy in Asia Pacific with over 20 percent female board members among the Australian Securities Exchange (ASX) 100. This figure is nearly double what it used to be in 2011, reflecting the ASX’s inclusion of gender diversity policies in its corporate governance council reporting rules. Australian Institute of Company Directors (AICD) has now established a target of 30 percent women on ASX 200 boards by 2018.

One reason why Australia is leading on the female board member front can be tied to one person: Australian cabinet minister for women, Michaelia Cash. Ms. Cash has called for a stunning new target of 50 percent for female representation across all of her country’s government boards. The current gender diversity target stands at 40 percent.

“We need to lead by example in order to drive change in corporate Australia,” said Ms. Cash. “I am very confident that with proactive efforts by all ministers, we can achieve this target.”

In a speech to mark International Women’s Day in March, the minister spoke of the “synergies” between her two portfolios: employment and responsibility for women. The government’s duty, she said, is to remove barriers so women and men can make the choices they want, rather than take the options they are forced to take.

“Working full time and being the primary breadwinner is too often seen as a choice that men make in the same way that working part time is seen as a choice for women,” said Ms. Cash. “But neither is a genuine choice.”

Both men and women, she said, are “funneled” into these choices by societal and workplace expectations of women as the ‘ideal career’ and men as the ‘ideal worker.’ “It is only when we notice these ‘norms’ – which we are now doing – that we can challenge them and replace them with something better,” she said.

Fergus Kiel, a partner in the CEO & board practice of Heidrick & Struggles in Sydney, said corporate Australia strongly supports the drive toward greater gender diversity.

Mr. Kiel noted that the Australian Securities Exchange set recommendations for the ASX 200 listed companies to simply report the percentage of women on their boards. Just that step, he said, greatly improved corporate diversity. While the recommendations are not mandatory, the effect of them has resulted in a steady improvement in the percentage of women on boards in Australia: In 2011, 13.4 percent of board seats were filled by women among the ASX 200; as of last month that figure had risen to 22.7 percent.

“In our experience, chairs want experienced senior executives on their boards, and we believe the only way to get to the 50-50 parity sought by the federal government is to ensure there is a continued effort to ensure a healthy pipeline of diversity in front-line executive positions,” said Mr. Kiel.

Check Out These Related Articles on Women In the Workplace: