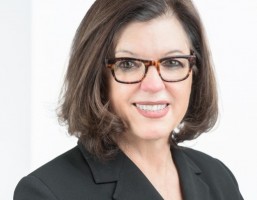 March 21, 2016 – Global executive search and advisory firm Heads! International has named Elspeth Renshaw as a partner based out of its Hong Kong office. She will lead diversity initiatives for the firm’s global clients.

Prior to joining Heads! International, she ran her own global consultancy for three years, advising CEOs and C-suite executives on how to enhance business performance through gender diversity initiatives. Clients have included major global organizations, such as Citigroup, as well as regional companies like ANZ.

Ms. Renshaw has spent much of her career in senior CHRO roles in the financial services industry. This includes regional CHRO roles at Lehman Brothers, Citadel (the largest tech-driven hedge fund worldwide) and Blackrock. She began her career in the Australian diplomatic service.

“It is a privilege to be part of a tier one advisory firm that is truly future focused on the criticality of leadership diversity,” said Ms. Renshaw. “Heads! International has a deep understanding of the need for balance in the talent lineup of the future. Importantly, the business is unrelenting in its pursuit of women’s representation in executive level decision-making roles and has now developed that competency into sophisticated consulting gender-based services. It is an exciting phase and I share their excitement and commitment.”

This past December, Heads! added Jeff DeFazio as managing partner in the firm’s West Coast offices. In addition to his regional leadership role, he now plays a global role in the firm’s consumer and digital practices, advising clients on the leadership imperatives associated with managing a dynamic mix of disruption, risk and opportunity. Mr. DeFazio previously served as managing partner & global consumer and global digital practice leader at CTPartners.

Check Out These Related Articles On Diversity Recruiting Initiatives: