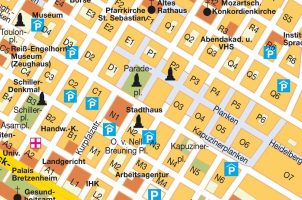 March 2, 2017 – London-headquartered search firm Spencer Ogden has launched a new office in Mannheim, Germany. The firm has appointed Thilo Grams to serve as director of Germany and lead the new office, which will focus on providing recruitment services for the renewables, power, built environment, technology and R&D sectors.

Mr. Grams brings over 13 years of international recruitment experience and throughout his career has held key leadership roles across the IT, construction, property and engineering sectors. Previously, he served as head of life sciences at Hays, where he also launched four business units in Germany and the U.S.

“Our performance across the U.K. and Europe was excellent in 2016 and our Mannheim office will add considerable sales value from a local stand point,” said Bradley Lewington, chief executive officer of Spencer Ogden. “Our presence in Mannheim will enable us to deliver bespoke end-to-end manpower solutions across Germany and wider Europe.” Mr. Grams said he is looking forward to leading a team that will boost existing business and win new projects through active relationship management throughout Europe.

Spencer Ogden recently expanded its offerings to include engineering and infrastructure recruitment with the launch of its new rail, automotive and built environment practices in addition to its energy division.

With a presence in all the major energy hubs, including the U.K., Scotland, the Middle East, the U.S. and Asia, the firm specializes in finding energy executive for clients internationally within oil & gas; power generation; nuclear; renewables; smart energy; finance & trading; and mining.

Nevertheless, Germany continues to attract recruiters. And other London-based search firms like Spencer Ogden are turning to Germany, as well as to France and the U.S. as potential markets to sit out the uncertainty and after-effects of Brexit in the U.K. until a clearer way forward surfaces.

Well known companies in the country include Mercedes-Benz, BMW, SAP, Siemens, Volkswagen, Adidas, Audi, Allianz, Porsche, Bayer, BASF, Bosch, and Nivea. As such, it is an important base of operations for all of the major global search firms, including for Egon Zehnder, Spencer Stuart, Boyden, Russell Reynolds Associates, Heidrick & Struggles, DHR International and Korn Ferry.

But the market here is not just limited to those key players. Any number of smaller, highly specialized boutique search firms have been expanding into Germany in recent months. Here’s a look at just a sampling from the Hunt Scanlon Media archives:

Check Out These Related Articles On Search Firms Opening New Offices Around the World: