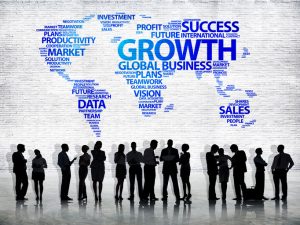 The new Fort Lauderdale and Alabama offices will primarily support Spencer Ogden’s Gulf Coast presence, mirroring the locations of many of its clients within both the marine and drilling industries.

The New York office will look to develop partnership opportunities within private equity firms and their portfolio businesses across energy, engineering and infrastructure to encompass the financial inception of projects all the way through to operations.

Mr. Hecht joins the firm from Faststream Recruitment Group, a specialist recruitment organization focused on the shipping & maritime, offshore and oil & gas markets. Ms. Muse was previously a recruiter with Idea Marine Solution, a recruiting firm for the marine & offshore industry. Mr. De Lusignan has been with the firm since 2013. He previously was with SThree, a boutique recruitment firm working across IT, banking, engineering & energy, life sciences and accountancy & finance.

“Our work in the States so far has been phenomenal,” said David Spencer-Percival, co-founder and chief executive. “We’ve cultivated a really happy international client base and with these new offices we can now cover a wider geographical area, and offer a wider range of services to them. It’s an exciting time for Spencer Ogden. We’re on track to record our best year yet as we launch in new territories and expand our new divisions.”

In the years since Spencer Ogden launched its first U.S. office in 2011, the company’s American presence has grown exponentially. Employing over 85 staff members, its locations cover both coasts and several states.

Spencer Ogden recently expanded its offerings to include engineering and infrastructure recruitment with the launch of its new rail, automotive and built environment practices in addition to its energy division.

With a presence in all the major energy hubs, including the U.K., Scotland, Middle East, the U.S. and Asia, the firm specializes in finding energy executive for clients internationally within oil & gas; power generation; nuclear; renewables; smart energy; finance & trading; and mining.

Check Out These Related Articles On Firms Expanding In the U.S.:

Amrop Expands in the U.K.