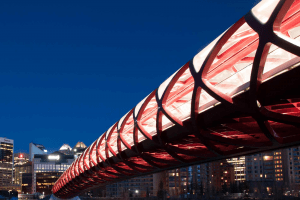 October 12, 2016 – Heidrick & Struggles has strengthened its presence in Canada, particularly among clients in the financial services, mining and metals, and oil & gas sectors.

“Heidrick & Struggles is building new momentum in Canada to serve clients across many sectors with the leadership solutions they need in uncertain and often challenging operating environments,” said Andrea Waines, managing partner of the firm’s Toronto office. “Backed by a global team in each sector, three partners in particular are adding to Heidrick & Struggles’ strength in Canada: Sean McLean, Jonathan Mackey and John Howard.”

Sean McLean joins Heidrick as a partner, establishing a new office for the firm in Calgary. It will expand the firm’s footprint in Canada, across multiple business sectors. The new Calgary location adds to the global reach of Heidrick’s oil & gas practice, with consultants based in Dubai, Houston, London, Mexico City, Perth and Shanghai.

With more than a decade of executive search experience within the industrial sector, Mr. McLean has executed more than 250 searches. He focuses on top team leadership, CEO, board and financial officer engagements, specializing in the energy, infrastructure and natural resource sectors. He joins Heidrick from rival Caldwell Partners, where he was a managing partner in its Calgary office, leading the firm’s oil & gas practice. Before that, he was partner with Conroy Ross Partners.

“Establishing a presence in Calgary opens up a new level of East – West national connectivity for Heidrick & Struggles, expanding our access to executive candidates to better serve clients across Canada,” said Ms. Waines.

Jonathan Mackey joins the Toronto office of Heidrick as a partner in its financial services practice. Mr. Mackey will serve as co-head of the firm’s financial services practice in Canada. Most recently, he was head of human resources for RBC Insurance and a member of the insurance executive committee at RBC, responsible for leading a line of business of more than $4 billion in revenues with 3,000 employees. Mr. Mackey led all aspects of HR including talent management, workforce management, organizational design & restructuring, change management, talent acquisition and leadership development. Prior to joining RBC, he worked at Spencer Stuart, consulting to financial services clients in the capital markets, asset management and retail banking sectors.

John Howard has been named global managing partner of Heidrick’s mining and metals practice. Based in Toronto, Mr. Howard will lead 25 consultants around the world, based in Toronto, London, Melbourne, Perth, Johannesburg and Sao Paolo.

Mr. Howard joined Heidrick in 2014 as a partner in its industrial practice. He has placed leaders in senior management, executive level and board of director positions for regional as well as global natural resources, manufacturing and engineering companies. This includes non-executive director, CEO, president and vice president level positions within the North American market as well as expatriate positions in Asia and the Middle East. In addition to working with public companies, he has led senior level searches for private equity-backed portfolio companies in the industrial market.

“The firm’s decision to lead the global mining and metals practice from Toronto reflects the many mining companies headquartered in the city, along with the financial institutions that support the industry on a global basis,” Mr. Howard said.

Heidrick has been on a recent expansion tear around the globe, making strategic acquisitions, naming a number of key practice leaders, and building out its culture shaping business segment.

Last week, the firm appointed Louis Besland as a partner in its industrial practice and as head of chemicals for Europe and Africa. Based in London with a remit across Europe, he focuses on building the Heidrick’s search and leadership consulting activities in the oil and gas, chemical and energy sectors.

Just recently, Heidrick added Steven Greenberg as a partner in charge of the firm’s financial services practice, based in Tokyo, where he will also leads the firm’s efforts in the insurance sector, covering Asia Pacific and the Middle East. He also serves as a member of Heidrick’s CEO and board of directors practice.

The firm also strengthened its healthcare and life sciences practices with the addition of healthcare leader Alan Milinazzo as a partner. He is based out of the firm’s Boston office. Mr. Milinazzo previously served as president and CEO of InspireMD, a global leader in embolic prevention systems (EPS), neurovascular devices and thrombus management technologies.

The firm appointed Sylvain Dhenin as head of Continental Europe for its global CEO and board practice. He is based in the firm’s Zurich office and reports to Bonnie Gwin and Jeff Sanders, CEO practice group co-managing partners. Mr. Dhenin will continue in his leadership role as managing partner of Western Europe. He joined Heidrick last year.