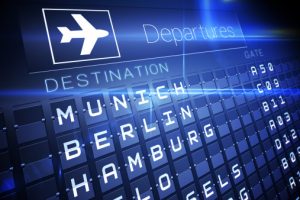 February 14, 2017 – London-headquartered executive search firm Caissa Global has opened a new office in Berlin in the heart of the German capital to better serve its local clients.

“Being on the ground in Berlin makes it easier to work more closely with our clients here as well as with local job candidates,” said Konstanty Sliwowski, Caissa Global founder and managing partner.

Caissa Global has been providing recruitment and executive search services in the technology for startups and digital companies since 2009, working with companies globally but with a strong focus on Berlin. The growing number of local clients, as well as the expansion of the tech industry over the last several years, has made Berlin the obvious next step for a second location, he said. The firm works with large and small companies in sectors including IT, E-commerce, media, logistics, and consulting.

Nevertheless, Germany continues to attract recruiters. Even London-based search firms are turning to Germany, as well as to France and the U.S. as potential markets to sit out the uncertainty and after-effects of Brexit in the U.K. until a clearer way forward surfaces.

A number of search firm have expanded into Germany in recent months. Here’s a look at just a sampling from the Hunt Scanlon Media archives: