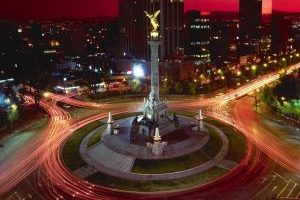 October 17, 2016 – Executive search firm Taylor Hopkinson Associates has opened a new office in Mexico City as it continues international expansion in high-growth markets. The new beachhead will lead the firm’s expansion into Argentina, Chile, Columbia and other emerging markets in Latin America.

Mexico is becoming a renewable energy hub as energy liberalization continually attracts international business to the country. With Mexican energy reform underway, the number of new client accounts across the region has significantly increased over the last year for the firm. A recent clean energy auction confirmed that 36 wind, solar and gas projects will be built in the next three years across Mexico, representing $4 billion of investment.

“Latin America is one of the most dynamic regions in the world for renewable and clean energy investment,” said managing director Tom Hopkinson. “The energy reform happening in Mexico is unprecedented in that region and setting the standards for other countries to follow.”

It is an opportunity “for us to support our clients in their growth plans,” he added, “benefiting from our many years of experience building high performing teams in rapid growth markets. Transferring skills from aligned sectors and transfer training will need to be established.”

A number of executive recruiters have turned to South America to expand their own businesses in recent months. Here’s a look at some of the more recent developments: