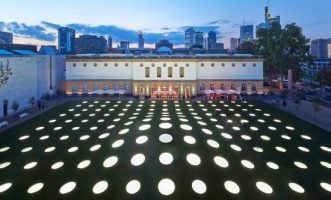 October 6, 2016 – Executive search firm ZRG Partners has added Philipp Sturm as a managing director and country head of Germany. He will work out of the firm’s office in Frankfurt and will also serve as a member of the firm’s global industrial practice.

Mr. Sturm brings a decade plus of solid and relevant executive search experience to ZRG. Prior to joining the firm, he worked at Korn Ferry in its global industrial practice. Most recently he was a partner at a CTPartners in Frankfurt.

“Philipp is a key leader to help us further expand our coverage in Germany,” said Larry Hartmann, ZRG chief executive officer. “His experience in the industrial sectors and relationships in the automotive vertical fit very nicely to our global industrial team’s client mix. We view this hire as a cornerstone of our continued growth in Europe and in Germany, where our data and analytics value proposition has been very well received.”

Nevertheless, Germany continues to attract recruiters. Even London-based search firms are turning to Germany, as well as to France and the U.S. as potential markets to sit out the uncertainty and after-effects of Brexit in the U.K. until a clearer way forward surfaces.

“It is great to be back working again with many of my old Korn Ferry and CTPartners colleagues that have already made ZRG Partners their home,” said Mr. Sturm. “The firm’s commitment to data and information in the search process is just what my clients throughout Germany have been asking for. I am looking forward to expanding the brand in the German markets as ZRG continues to grow.”

There have been a number of other recent additions to ZRG’s recruiter base:

Check Out These Related Articles On Executive Search In Germany: