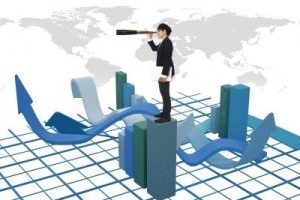 The Menlo Park, CA-based company recorded net income of $91 million, or $.71 per share, compared earnings of $97 million, or $.73 per share, last year. These results surpassed Wall Street expectations. The average estimate of nine analysts surveyed by Zacks Investment Research was for earnings of 70 cents per share.

Despite higher demand for services provided by skilled professionals and improving international operations, earnings growth has been declining due to the company’s clients taking longer to make hiring decisions, according to analysts.

“Now on the pace of deceleration, I would say that July — we actually ended July stronger than we began it,” Mr. Messmer said on a conference call with analysts. “We were encouraged by that. August wasn’t bad. But then September, where we usually start getting a sequential lift we did not see the lift that we typically get. Instead it was sequentially about flat. And then again, traditionally we get even more lift yet again in October and we did not see that lift either. So it is essentially sequential flattening starting in July rather than the lift that we typically see in September and early October.”

Robert Half shares have dropped 16 percent since the beginning of the year, while the Standard & Poor’s 500 index has increased roughly five percent. In the final minutes of trading upon release on its latest financial news, shares hit $39.48, a decrease of 23 percent in the last 12 months.

OfficeTeam, a Robert Half company, recently released a report finding that one quarter (26 percent) of human resources managers interviewed said their organization typically increases hiring in the fourth quarter. Of those, 69 percent of respondents indicated they bring on staff at year-end to fill vacated positions, 62 percent address upticks in business, and 51 percent add new positions.

“Holiday festivities and vacations may often be top of mind at the end of the year, but that doesn’t mean businesses slow down,” said Brandi Britton, a district president for OfficeTeam. “Many companies ramp up hiring in the fourth quarter, offering seasonal jobs or adding staff to prepare for upcoming projects in the new year.”

“It can be advantageous for professionals to continue their job search efforts during these months, especially since other candidates may be taking a hiatus,” he continued.