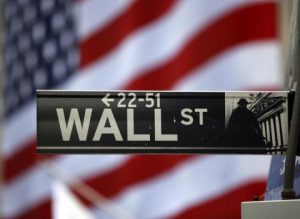 October 25, 2016 – Executive search firm Heidrick & Struggles International / (NASDAQ:HSII) posted third quarter net revenues of $143.5 million, an increase of 3.7 percent increase from revenues of $138.4 million during the same period a year ago, falling short of Wall Street forecasts. Four analysts surveyed by Zacks expected $145.6 million. This comes on the heels of a much stronger second quarter, which saw a 12 percent revenue rise ($148.9 million) over the period a year ago.

“This must be a disappointing turn for Heidrick,” said Scott A. Scanlon, founding chairman and CEO of Greenwich, Conn-based Hunt Scanlon Media. “In the first quarter, Heidrick saw net revenues from culture shaping services increase just under three percent, or by about $200,000; the company said at the time this was an anomaly and that volume would improve. It did in Q2, but now it’s anemic once again.”

Globally, Europe was the driver of the company’s third quarter revenue growth, which was up 26.8 percent or $6.9 million (30.7 percent on a constant currency basis). More than half of this growth, however, was not organic but rather the result of contributions from Co Company and JCA Group, two consultancies acquired in October 2015 and August 2016 respectively.

“Mr. Wolstencroft informed investors this past summer that he intends to use M&A ‘as a vehicle to accelerate’ the company’s strategy of delivering expanded leadership advisory solutions,” said Mr. Scanlon. “That’s Wall Street code for using M&A to propel growth at a time when the industry’s core executive search business continues to shrink.”

Year-over-year revenue growth in the Americas was surprisingly flat in the third quarter. Revenue was $78.19 million, a 0.1 percent decline from $78.26 million last year. It declined 4.9 percent in Asia Pacific (7.6 percent on a constant currency basis). Growth in the company’s consumer markets, industrial, healthcare & life sciences and education, non-profit & social enterprise industry practices was offset by declines in the financial services and global technology & services practices.

The Chicago-headquartered executive recruiter and leadership consultant — the third largest in the Americas as ranked by Hunt Scanlon, and No. 4 globally — recorded net income of $6.9 million, or 37 cents per share, during the quarter, compared to earnings of $7.5 million, or 40 cents per share, last year. The results surpassed Wall Street expectations. The average estimate of four analysts surveyed by Zacks Investment Research was for earnings of 34 cents per share.

Heidrick ended the third quarter with 356 executive search and leadership consulting consultants compared to 334 at September 30, 2015.

“Today we reported third quarter results that reflect the investments we have made in growing our business over the last year,” said Heidrick’s president and CEO Tracy Wolstencroft. “The most notable investment has been in our people.  In the third quarter alone, we added 20 net new search and leadership consulting consultants, including 14 through the acquisitions of JCA Group and Philosophy IB.”

In September, Heidrick acquired Philosophy IB, a leadership consultant based in Florham Park, NJ. Philosophy IB was established in 2000 by founding partners Christine Lotze and Kaveh Naficy and today serves Fortune 100 companies focused on assisting clients execute their strategies by changing how people work. This deal represented Heidrick’s fourth strategic acquisition in less than a year and it was the third for its global leadership consulting business.

Heidrick seems to be using that newly acquired aptitude readily. The company just launched The Leadership Network, a forum for women in executive leadership roles who aspire to C-suite and non-executive director roles. “The Leadership Network helps address the need to create and support a sustainable talent pipeline for senior women leaders in business,” said partner Jenni Hibbert, U.K. financial services practice leader. She said it is an invitation-only forum for female C-suite leaders to enhance professional development, exchange ideas and share learning experiences with peers.

Heidrick is forecasting fourth quarter net revenue of between $142 million and $152 million. This reflects, among other factors, management’s assumptions for the anticipated volume of new executive search confirmations, leadership consulting assignments and culture shaping services, the current backlog, consultant productivity, consultant retention, and the seasonality of its business, according to the company.

“It is important for us to achieve a strong finish to 2016, capitalizing on the investments we made over the last year,” Mr. Wolstencroft said. “Confirmations for new searches and leadership consulting assignments were notably improved in September and we are hopeful that this momentum carries into and throughout the fourth quarter and 2017.” He noted that the company’s expanding consultants base, combined with the additional services and intellectual property it has added in leadership consulting, “should position Heidrick for future revenue growth and profitability.”

Heidrick & Struggles shares have fallen 25 percent since the beginning of the year. In the final minutes of trading yesterday, shares hit $20.35, a fall of almost seven percent in the last 12 months. It’s market cap stands at $378 million.

Publicly-held search firms, namely Heidrick and rival Korn Ferry, have seen a flurry of investor activity this year. Hedge funds, in particular, have been acquiring new stakes in both companies, while others have been reducing positions and moving on to other investments throughout the talent management sector.

Emerald Acquisition Ltd. recently acquired a new stake in Heidrick. The investment firm acquired 54,356 shares of the Heidrick’s stock, valued at approximately $917,000. Emerald owned approximately 0.29 percent of the search firm as of its most recent SEC filing. Prudential Financial raised its stake in shares of Heidrick by 20 percent earlier this year. Prudential now owns 48,549 shares of the company’s stock valued at $1,151,000 after buying an additional 8,100 shares in the last quarter.