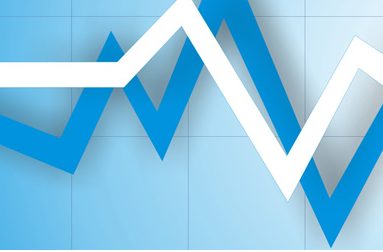 July 18, 2016 – Executive search firm Caldwell Partners International posted fiscal third quarter revenues of $13.8 million (Canadian), a 6.7 percent decrease from $14.8 million (Canadian) last year. In the U.S., third quarter professional fees edged down as declines in the number of assignments per partner more than offset increases in the average fee per assignment and the average number of partners.

Professional fees in Canada continued to be pressured by economic conditions in Western Canada as well as financial services across Canada and fell due to a lower number of assignments per partner and lower average fees per assignment, more than offsetting a higher average number of partners.

“This was a challenging quarter,” said John N. Wallace, chief executive officer. “Ongoing weakness in Western Canada — spurred on by continued low oil prices, an unforeseen softening of search volumes in the U.S. and Canada — where we were staffed to handle last fiscal year’s all-time high search demand, and fixed costs exceeding disappointing revenue in the U.K. pressured our quarterly results.”

He said the firm anticipates continued revenue pressure in the fourth quarter and that its “alignment initiatives” may have an attendant financial cost to implement. “But they will put us in a position to achieve the type of growing profitability that we have obtained over the prior three years,” he added. One of those alignment initiatives will include relocating the firm’s New York office, presumably to smaller space to lower the firm’s cost basis in the city.

In the U.K., Mr. Wallace said his firm remains committed to its investment as an important element to its overall business strategy, but that this could result in additional “modest” operating losses in the region during 2017. “We expect future growth to be driven by targeted partner hires as we seek to continue building our practice and functional offerings across geographies in U.S., Canada and Europe.”

Caldwell Partners recently named two new partners in its Toronto and Calgary offices. Anthony Capodanno joined in Toronto in its industrial and professional services practices, while Courtney Day was appointed partner in its industrial practice in Calgary.

Upon the release of its third quarter numbers, shares in Caldwell Partners fell 2.48 percent to $1.18. The firm, which trades on the Toronto Stock Exchange, has a current market cap of just under $25 million.