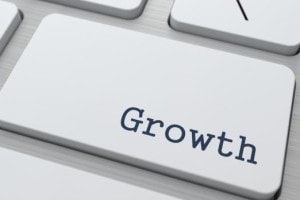 October 23, 2015 – Robert Half International Inc./(NYSE:RHI) posted third quarter 2015 revenues of $1.31 billion, a 7.4 percent increase from revenues of $1.22 billion during the same period a year ago. The results were fueled by strong revenue results from Protiviti, Robert Half Technology and permanent placement operations. Revenue numbers failed to meet Street forecasts, which expected revenues of $1.32 billion.

Global staffing revenues, on a constant currency basis, increased 8.8 percent year over year, driven by 10.3 percent growth in U.S. revenues and 3.9 percent growth in international revenues. Currency had a negative impact of 3.8 percent during the quarter.

During the quarter, the Menlo Park, California-based company recorded earnings of $97 million, or $.73 per share, compared with $85.2 million, or $.63 per share, last year. The results matched Wall Street expectations. The average estimate of nine analysts surveyed by Zacks Investment Research was also for earnings of 73 cents per share.

During the quarter, the company paid $25 million to its shareholders through a dividend of 20 cents per share. Robert Half also repurchased 1.6 million shares for $82 million. There are approximately 1.8 million shares available for repurchase under the board-approved stock repurchase plan.

“Improving labor markets, particularly in the United States, contributed to higher demand for Robert Half’s professional staffing and consulting services during the third quarter,” said Harold M. Messmer Jr., chairman and CEO. “Consolidated quarterly revenues reached record levels, fueled by strong results from Protiviti, Robert Half Technology and our permanent placement operations. Protiviti had an outstanding quarter, with revenues up 23 percent from one year ago when adjusted for currency.”

This was Robert Half’s 22nd straight quarter of double-digit net income and earnings per share growth on a year-over-year percentage basis. Unlevered return on equity was 38 percent.

Robert Half expects revenues in the range of $1.285 to $1.335 billion for the fourth quarter, representing an increase of seven percent on a reported basis and 10 percent on a constant currency basis. The company expects earnings in the range of 67 cents to 72 cents per share, which implies a growth rate of 12 percent from the comparable period last year. The Zacks Consensus Estimate for the fourth quarter stands at 72 cents, in line with the higher end of the company guided range.

Robert Half shares have declined 10 percent since the beginning of the year, while the Standard & Poor’s 500 index has dropped nearly two percent. In the final minutes of trading on Wednesday, shares hit $52.39, an increase of six percent in the last 12 months.

Check Out Past Revenue Postings From Robert Half International: