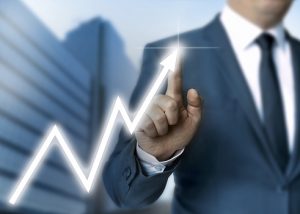 April 27, 2016 – Diversified Search has posted revenues of $37.5 million, a 12 percent increase, for 2015. Over the course of last year, the firm’s average fees also rose, by 10 percent, to $90,000 per assignment. Its 44 consultants completed over 400 search mandates in 2015, working from nine offices. Diversified now ranks as the ninth largest search firm in the Americas region, according to the latest statistics report released from Hunt Scanlon Media.

The firm’s board of directors practice had one of its best years and experienced significant demand for candidates across the industry sectors it serves. The firm said it plans to continue to invest and pursue growth in this expanding segment of its business. Diversified also saw high demand for its talent acquisition and leadership solutions services among healthcare, non-profit, higher education, life sciences, industrial and technology enterprises.

During the year, searches in these sectors resulted in a number of high level placements, including LaRay Brown as president and CEO of InterFaith Medical Center in New York, Julie Kane as chief ethics and compliance officer at PG&E Corp., Michelle Nunn as president and CEO of non-profit CARE, and Jorge L. Benitez as a new member of the board of directors at Fifth Third Bancorp.

For the first quarter of 2016, new search bookings at the firm have increased by 28 percent. “We are continuing to see strong leadership demands in healthcare, life sciences and the non-profit sectors,” said Mr. Jones. “Many of these sectors are hungry for innovative and creative leaders who can also deliver sustainable impact around mission and margin.”

Mr. Jones said the firm anticipates a strong year ahead due to repeat client business. He also said the addition of 10 new managing directors will give the firm a big advantage in casting calls for new business as the year unfolds.