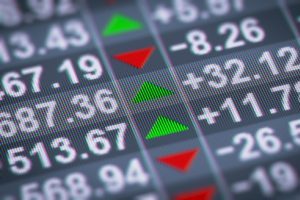 “While results in our North America business in the first quarter were mixed, we have experienced improving trends in our European business for the third consecutive quarter,” said Tim Yates, who serves Monster as its CEO and chief financial officer. “Additionally, we repurchased both equity and a portion of the convertible notes outstanding, demonstrating our confidence in our business and starting in the second quarter, as previously noted, we will be increasing investments in a couple of targeted product and marketing areas designed to accelerate top line growth.” Overall, he said, he was pleased with Monster’s earnings performance and cash generation during the quarter, and he remains focused on one thing: revenue growth.

In the first quarter, Monster repurchased 1.1 million shares of the company’s common stock at a value of $3 million. Last October, Monster’s board of directors authorized a $75 million share repurchase program over a period of 24 months. During the first quarter of 2016, the board authorized the use of funds allocated to the share repurchase program for the repurchase of the company’s 3.5 percent convertible notes due in 2019. In March, the company repurchased $10 million in aggregate principal amount of the convertible notes for $9.5 million in cash, plus accrued interest.

Also during the quarter, Monster formed a partnership with Jobaline, a mobile and bilingual cloud based recruiting solution and marketplace for hourly jobs. The two companies offer large employers extended reach to find hourly workers across the U.S. The hourly jobs created on Jobaline will be automatically distributed across Monster’s network, offering large employers a pay-per-results solution where they pay only for local candidates that live within the required distance or commute time from the job and that pass the screening criteria defined by the recruiting manager. “It’s a new concept that’s gaining traction,” said Hunt Scanlon Media managing editor Dale Zupsansky.