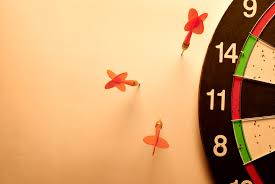 August 8, 2016 – CDI Corp./(NYSE:CDI) posted first quarter revenues of $226.7 million, a decrease of 8.2 percent from revenues of $246.8 million a year ago. The decline was seven percent in constant currency. The quarter included $11 million in revenue from EdgeRock Technologies LLC, acquired in October and now comprising CDI’s specialty talent vertical within its talent and technology solutions segment.

During the quarter, MRINetwork, the company’s executive search subsidiary, posted a revenue drop of $0.1 million or 0.5 percent compared to the prior year due to a decline in royalty revenue offset by an increase in franchise fees. Earlier this year, MRI appointed Jill Albrinck as its new president. She previously served as chief operating officer of DeVry University.

Enterprise Talent revenue declined $15.9 million or 10.7 percent from the prior-year period. Revenue declined in both the North America staffing and U.K. staffing verticals. North America staffing revenue decreased 8.3 percent (7.2 percent in constant currency), driven by reduced spending at the company’s largest client and among certain oil and gas pipeline clients. U.K. staffing declined 21.8 percent (15.8 percent in constant currency), primarily due to reductions across the engineering and construction sectors, in part associated with uncertainty surrounding the referendum by British voters to exit the European Union.

The Philadelphia-based recruiting company reported a net loss of $7.5 million, or 39 cents per share, compared to a loss of $0.2 million, or $0.01 per diluted share, last year.

“During the second quarter we made progress on our transformation and operational turnaround through additional improvements in our business development and delivery capabilities,” said Scott J. Freidheim, president and chief executive officer. “As we continue to execute our plan, we are committed to managing our costs and capital to deliver future growth and to improve operating profitability during the second half of 2016.”

“We are pleased to announce this extension and enhancement of our strong relationship with the Lawrence Livermore National Laboratory,” said Patricia O’Connell, president of CDI-AIE.  “With this renewal, CDI will have an opportunity to deliver an expanded set of services across the entire lab complex. We look forward to continuing as a reliable, trusted and high-quality supply partner in meeting Lawrence Livermore National Laboratory’s varied engineering needs.”

CDI forecasts third quarter revenue of between $220 million and $230 million, a year-over-year decrease of between six percent and 10 percent. The company said there could be a restructuring charge in the third quarter, and it is also in discussions over possible acquisitions and divestitures.

CDI shares have fallen 14 percent since the beginning of the year. The stock has dropped 51 percent in the last 12 months.