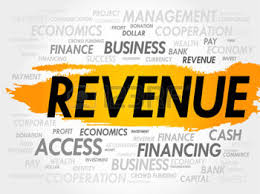 However, revenue rose 4.1 percent on a constant currency basis when excluding the company’s Americas IT business, which it sold to Mastech Holdings last June; its Netherlands business, which it sold to InterBalance Group BV; and the Ukraine, Czech Republic, Slovakia and Luxembourg markets Hudson exited last year. The New York-headquartered recruiting company recorded a loss of $3.1 million, or $0.09 cents per share, compared with net income of $13.9 million, or $0.41 per basic and diluted share, for the second quarter of 2015.

“We are encouraged by the continued gross margin growth in many of our markets, including Australia, New Zealand, Belgium, France and Spain,” said chief executive officer Stephen Nolan. “Amidst variable economic conditions around the globe, demand was strong for our services in temporary recruitment and talent management in particular, with continuing gross margin growth in RPO.”

For the current quarter ending in October, Hudson Global said it expects revenue in the range of $105 million to $115 million. Upon the release of its second quarter results, the company’s shares closed at $2.16. A year ago, they were also trading at $2.16.