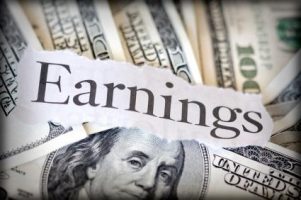 September 9, 2016 – Korn Ferry (NYSE:KFY) has posted 2017 fiscal first quarter revenues of $392.9 million, a 40 percent increase compared to revenues of $279.3 million a year ago. The growth was primarily due to increases in fee revenue in Futurestep and the company’s recently acquired Hay Group segments.

During the quarter, Korn Ferry substantially completed its fiscal 2016 restructuring plan, integrating the Hay Group entities that were acquired in the prior year acquisition. It eliminated redundant positions and operational and general and administrative expenses and consolidated office space. As a result, Korn Ferry recorded additional restructuring charges, net of $24.5 million, of which $11.5 million relates to severance and $13 million relates to the consolidation of office space. The integration of Hay Group is costing Korn Ferry more than it bargained for when it struck the largest acquisition deal in its — and the search industry’s — history 10 months ago.

A Compelling and Expanded Service Platform

“I am proud of the performance of our firm during the fiscal first quarter,” said Gary D. Burnison, chief executive officer. “Operationally, our combination with Hay Group and investments in our business have provided us with a more compelling platform to not only accelerate our clients’ success, but accelerate Korn Ferry’s growth – and generate stronger earnings power. I am confident that our strategic actions are making us more relevant to our clients, and firmly establishing Korn Ferry as a world-class people and organizational advisor.”

Korn Ferry expects revenue in the range of $380 million to $400 million for the fiscal second quarter. Analysts surveyed by Zacks had expected revenue of $404.3 million.

Korn/Ferry shares have declined 27 percent since the beginning of the year. In the final minutes of trading on Thursday, shares hit $24.09, a fall of 31 percent in the last 12 months.