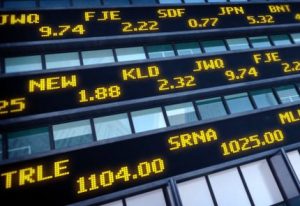 October 26, 2016 – ManpowerGroup / (NYSE:MAN) posted third quarter revenues of $5.1 billion, a two percent increase from revenues of $5 billion a year ago. The company’s performance exceeded Wall Street forecasts which had expected $4.93 billion. Financial results in the quarter were impacted by the stronger U.S. dollar relative to several foreign currencies compared to the prior year period.

Within the U.S., revenue fell six percent while the Americas as a whole posted a one percent gain. Revenue rose 2.5 percent in France and the Brexit vote did not appear have a significant impact on the company’s U.K. business in the third quarter, chairman and chief executive officer Jonas Prising said in a conference call with analysts. For the Asia Pacific / Middle East regions, revenues increased 6.5 percent while in Northern Europe revenues rose by 8.8 percent.

“We executed well in the third quarter despite continued soft and uneven market conditions globally,” said Mr. Prising. “This slow growth environment results in our services and solutions becoming increasingly more attractive to companies that need operational and strategic flexibility. We have seen this translate into continued strong growth in our permanent recruitment and market leading workforce solutions offerings. As we look to the fourth quarter we are well placed to seize further opportunities across all our brands.”

Acquisitions contributed about two percent to the company growth rate in the quarter, CFO Jack McGinnis said in a conference call with analysts.

ManpowerGroup recently signed a purchase agreement with Ciber, Inc., a global information technology consulting, services and outsourcing company, to acquire its Dutch business. Transaction terms include a $25 million cash purchase price. The transaction strengthens ManpowerGroup’s IT recruiting capabilities in the Netherlands, complementing the organic growth of its Experis brand.

“This acquisition will further accelerate our strategy of shifting our business mix towards higher value professional services in the Netherlands,” said Jilko Andringa, ManpowerGroup Northern Europe president. He said that rapid technological advances mean that IT professionals are more in-demand than ever. “This move allows us to broaden our offerings and bring even more IT talent to our clients so they can achieve their business objectives in this rapidly changing competitive environment.”

The latest Manpower Employment Outlook Survey of U.S. employers indicates a slight increase in hiring plans for the final three months of 2016. Taking into account seasonal variations, the Net Employment Outlook for the fourth quarter is up 18 percent, which matches the strongest post-recession Outlook since 2007.

Hiring plans nationwide improved by three percentage points compared to the previous quarter, with all 13 industry sectors planning to increase their payrolls.