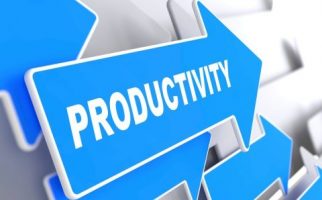 May 3, 2016 – Isaacson, Miller has posted revenues of $26.2 million, an increase of 10 percent, for 2015. The firm now ranks as the 13th largest search firm in the Americas region, according to the latest statistics report released from Hunt Scanlon Media. The firm currently has 81 consultants working from Boston, San Francisco, and Washington, D.C.

A nationally recognized search firm focused on recruiting transformative leaders for mission-driven organizations, Isaacson, Miller has conducted some 5,600 placements over 34 years. Among its top industry rivals, the firm holds a commanding lead in the number of female partners that make up its ranks, 61 percent, as well as in the number of female associates, 68 percent. In all, 66 percent of its professional employee base is made up of women.

The firm expects overall demand for its talent acquisition services to continue to increase as “baby boomers retire and there remains continued flux within the higher education and healthcare fields.” The firm sees a good part of its future growth coming from finding leaders for Pre-K to 12/educational improvement, foundations and the healthcare sector.

“We were very pleased with our performance in 2015. We had a great year in all of our core fields, particularly higher education and academic medicine,” said president Vivian Brocard. “We served more than 220 client organizations last year, and nearly three-quarters of those are clients we’ve served in the past. We take great pride in the caliber of service we provide so it’s rewarding when past clients return to us for additional searches.” So far, she said, 2016 has been off to a very strong start.

In addition to Ms. Brocard now serving the firm in an expanded capacity, Rebecca Kennedy was brought in to serve as a partner in Boston last year, bringing more than 10 years of executive search experience. Her practice has focused on diversity and inclusion, compliance, research administration, and finance & administration in institutions of higher education ranging from large public research institutions to small private liberal arts colleges. Most recently, Ms. Kennedy served as a principal with Brill Neumann, an executive search firm focused on institutions of higher education, academic medical centers, and research institutes.