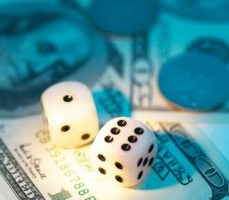 “We continued to make progress against our strategic initiatives in the first quarter, expanding our ability to deliver value to professionals, employers and shareholders. The rollout of getTalent was a significant milestone in the first quarter,” said CEO Michael Durney.

Mr. Durney said the company faces market challenges in some areas, notably energy, but continues to offer innovative products and valuable resources to employers with talent acquisition and nurturing needs.

“The realignment of four of our brands into the Global Industry Group (GIG) will leverage resources and allow us to execute more effectively,” he said. “Several of our brands have released improved products, which will benefit our customers and the specialized communities we serve.”

“We continue to see signs of progress in our core talent acquisition brands with strong revenue and billings performances in our healthcare and security clearance businesses in the first quarter” said CFO John Roberts. “On a constant currency basis, finance also delivered solid financial results, in spite of recent trends indicating growing volatility in several of our key markets.”

“In our tech and clearance segment, the average monthly recruitment package spend at Dice was up year-over-year, indicating customers are increasing their levels of service with Dice through products and services like Open Web,” Mr. Robert said. “Looking ahead, we plan to build on this quarter’s successes, with the help of some of our more recent strategic investments, as we continue to return cash to shareholders by means of our consistent free cash flow.”

During the quarter, Dice completed the sale of its Slashdot and SourceForge businesses (together referred to as Slashdot Media) to BIZX, LLC in a transaction that closed on January 27.  Financial terms were not disclosed.

The company also purchased approximately 1.6 million shares of its common stock at an average cost of $8.21 per share for a total cost of approximately $13.1 million. At March 31, approximately $34.6 million remained authorized for repurchase under a $50 million plan that expires in December.

For the second quarter, Dice anticipates revenues to be in the range of $57.5 to $59 million and for the year between $240 million and $246 million.

Check Out These Related Articles On Search Firm Financials: