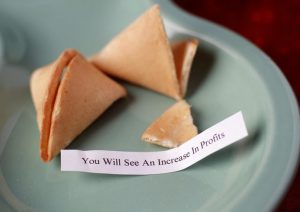 May 17, 2016 – Executive search firm Calibre One has posted U.S. revenues of $11.5 million, an increase of 27.8 percent, for 2015. The firm now ranks as the 21st largest search firm in the Americas region, according to the latest statistics report released from Hunt Scanlon Media. Calibre One currently has 10 consultants working from offices in San Francisco, Menlo Park, Stamford, London, New York, Shanghai, and Singapore.

An international recruiting boutique specializing in working with technology-centric businesses at all stages of development, Calibre One represents recognizable Fortune 1000 companies as clients in their hunt for leadership, including AMEX, Flex, eBay, Expedia, NetSuite, TripAdvisor, Symantec, Fiserv & Hearst.

“It is a very exciting time in the executive search industry right now,” said managing partner Dan Grosh. “Our firm has averaged 30 percent year-over-year growth during the last three years. While the demand for traditional C-suite positions such as CEOs, chief marketing officers, CTOs / VP of engineering, and sales leaders remains very strong, we are also seeing the rising trend for new executive leadership roles in data analytics and data science, cloud operations, and customer success.” Calibre One, he said, is “well poised to meet this new demand.”

During 2015, Calibre One expanded its presence in Asia Pacific with the additions of Ben Burrell as managing partner in Sydney and James Gathercole as partner in Shanghai. Mr. Burrell most recently founded tech start-up company Opp Agent. He has a long executive search career and previously led the Asia practice of Braithwaite Steiner Pretty (BSP), a boutique search firm (now Odgers Berndtson), based in Singapore. Mr. Gathercole was previously a partner with Sheldon Harris Consulting and before that was managing partner with TRANSEARCH Australia.

The firm also added Diane McIntyre as a partner in its New York and Connecticut offices. She has over 20 years of recruiting experience, including as a managing director at Ramsey / Beirne Associates for nine years. She worked closely with the firm’s co-founder, David Beirne, conducting senior level searches for pioneering companies and investors in the technology, internet, digital media and health industries — including placing C-level executives at Netscape, Microsoft, eBay, @Home, and WebMD / Healtheon. She was most recently a partner at Accelent.

“Although we have experienced blistering growth, we are cautiously optimistic regarding the next year or so,” said Mr. Grosh, who noted that he’s seen some softening in the market in the first half of this year. “Our clients, especially within technology and business services, have been more cautious as well.” He said he expects to see relatively flat growth in the U.S. in 2016, while business in Europe and Asia is likely to continue to experience more rapid growth for the remainder of the year and in the near term.