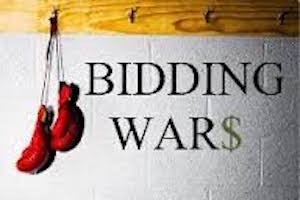 October 24, 2016 – Monster Worldwide on Friday reported a stunning third quarter loss of $180.5 million, after reporting a profit in the same period a year earlier. The Weston, MA-based online job search company, seen at one time as a daring pioneer in the race to bring a new digital dynamic to the recruiting sector, posted revenue of $144.8 million in the period, a 13 percent decline.

Revenue from Monster’s North America careers operations decreased 16 percent year-over-year to $99.7 million, while revenue from its international careers segment came in at $45 million, down six percent at actual rates and two percent in constant currency compared with the 2015 third quarter. Upon release of its third quarter numbers, Monster’s shares closed at $3.42. A year ago, they were trading at $7.73. The company’s market cap now hovers just above $300 million.

Sensing an opportunity, activist investor MediaNews Group (MNG), the largest shareholder of Monster Worldwide (it holds an ownership interest of 11.5 percent of Monster’s outstanding shares), on Friday released an open letter to Monster shareholders along with definitive consent solicitation materials filed with the Securities and Exchange Commission (SEC) announcing its intent to make a cash tender offer for up to 8,925,815 shares of common stock at a price of $3.50 per share.

MediaNews Group is seeking to double its stake in Monster in the effort. The offer represents an 8.8 percent premium to the share price in Monster’s agreement with Randstad Holdings, which agreed to acquire Monster for $429 million in August.

Tim Yates, Monster’s CEO, called the new offer “yet another attempt by MNG to derail Monster’s transaction with Randstad” in order to take control without paying a control premium to all Monster stockholders. He said that MNG’s indication of a partial tender offer to acquire a limited number of Monster shares “is a common activist tactic” that would risk the ability of all stockholders to realize immediate and certain cash value.

Based upon the price of Monster’s shares before the announcement of the Randstad transaction, said Mr. Yates, the blended value of MNG’s offer “would be far less” than Randstad’s all-cash offer of $3.40 per share. “Monster’s board and management team strongly urge Monster stockholders to tender their shares into the Randstad transaction, which is the best and only actionable offer and provides stockholders with substantial and certain cash value of $3.40 per share,” he said.

Monster said that it intends to file an investor presentation shortly, highlighting the following: Randstad’s offer is the only option for Monster stockholders to receive an all-cash premium value for all of their shares; MNG and its affiliates have a track record of bankruptcy and poor decision-making; MNG has no real plan, no new ideas and is proposing a weak board; Monster’s board is committed to maximizing stockholder value; and unlike Randstad, the presentation will show, MNG has not delivered an offer to acquire the entire company.

As previously announced on August 9, Monster entered into a definitive agreement with Randstad under which Randstad agreed to acquire the company for $3.40 per share in cash. The transaction was expected to close during the coming fourth quarter. But MediaNews has criticized that deal, calling it the definition of “selling at the bottom” and has tried to rally shareholder support to its side.

Watching from the Sidelines

Founded in 1994, the same year as Yahoo — another industry ‘disrupter’ that has been under intense pressure as its business fortunes have slipped away — Monster initially overhauled the way people searched for jobs, using the Internet as its primary tool. During two boom cycles starting in 2000 and again in 2006, Monster hit its zenith in market value of almost $8 billion. It even acquired rival HotJobs, then owned by Yahoo, for $436 million in 2002.

According to a recent report from Hunt Scanlon Media, Monster had been attempting a modern rebrand in an effort to restore the company to Internet recruiting leadership. Three years in development, Monster’s collection of new initiatives had been aimed at enhancing the job search experience for its customer base. But it seems nothing could help Monster regain its footing. Back in 2011, the company posted $1 billion in revenue. Fast forward to this year and, had it remained an independent company, Monster was on track to produce half that figure. Now, even those estimates are evaporating quickly.

“The reality is the talent management market has radically shifted, and continues to do so,” said Scott A. Scanlon, Hunt Scanlon’s founding chairman and CEO. “When the last economic downturn of 2008 forced companies to cut recruiting costs, more economical platforms like LinkedIn and job aggregator Indeed rose in dominance. That forced talent providers like Monster to watch from the sidelines ever since.”

More upmarket publicly traded search firms have also seen a flurry of investor activity recently. Hedge funds seem to be having a grand old time investing in, and divesting of, search firm stocks these days. Some well-known investment brands are acquiring new stakes, while others are reducing positions and moving on.

Whether they’re on their way in or heading for the exits, one thing is certain: hedge funds currently own more than 80 percent of Korn Ferry and Heidrick & Struggles, and that heavy emphasis on one class of investor group is unlikely to change anytime soon. Both search firms are trading near half their stock prices a year ago, likely adding to the escalating trading interest.