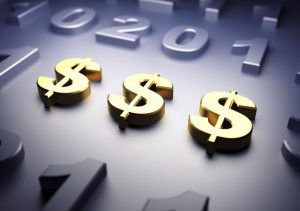 The Menlo Park, CA-based company recorded net income for the quarter of $92 million, or $.71 per share, compared to $90 million, or $.67 per share, during the second quarter of last year. All of the company’s segments reported revenue growth, with Accountemps, which generates about one third of total revenue, increasing revenue by 7.1 percent.

“The demand for skilled talent remains a consistent theme for us,” said Mr. Messmer. “For a number of years now, many of our specialty areas have had unemployment rates of less than half the overall rate of unemployment in the United States. The unemployment rate for accountants and auditors is just 2.2 percent, and for software developer it is just one percent, according to recent data from the Bureau of Labor Statistics.”

During the quarter, Robert Half’s global consulting division Protiviti was named one of Fortune’s 100 Best Workplaces for Millennials, which recognizes companies with extraordinary corporate cultures and talent growth initiatives. “At Protiviti, we’re deeply focused on ensuring our employees gain a strong sense of purpose and belonging to help them not only succeed in their careers at our firm, but also become woven into the tapestry that is our unique culture,” said Joseph Tarantino, Protiviti president and CEO.

Protiviti recently made two new additions: John Rao was named a managing director and leader of the company’s insurance industry practice. He also serves as U.S. eastern region financial services leader. He previously served as managing director and U.S. financial services practice leader at Navigant Consulting and as senior vice president U.S. client services and chief administrative officer of the international business at MetLife; Scot Glover joined the San Francisco Bay Area office of Protiviti as a managing director in its internal audit and financial advisory practice where he focuses on serving clients in the technology and life sciences industries. He most recently served as a partner in the business advisory services at Grant Thornton LLP.

Looking ahead, Robert Half forecasts third quarter revenue of $1.335 billion to $1.395 billion — a year-over-year increase of four percent at the mid-point of the range.

Robert Half shares have decreased 12 percent since the beginning of the year, while the Standard & Poor’s 500 index has climbed six percent. In the final minutes of trading on this news, shares hit $41.45, a fall of 21 percent in the last 12 months.