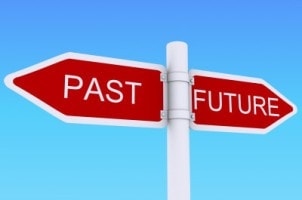 For the third quarter, Monster recorded earnings of $10.4 million, or $0.11 per share, compared with a loss of $5 million, or $0.05 per share, a year ago. The results topped Wall Street expectations. The average estimate of six analysts surveyed by Zacks Investment Research was for earnings of 10 cents per share. For the current quarter ending in December, Monster expects its per-share earnings to range from 10 cents to 14 cents.

“We are gratified that we achieved our 18 to 22 percent EBITDA margin goal a full quarter earlier than expected and adjusted EPS were at the high end of our guidance range,” said Tim Yates, chief executive officer. “Our new product strategy continued to gain traction with wider customer acceptance on a global basis. Revenue was essentially flat as stronger than anticipated results from Europe were offset by weaker than expected results in North America.”

Last month, Monster completed the sale of its remaining 50.01 percent ownership stake in its South Korean operation, JobKorea, to H&Q Korea for approximately $85 million. The sale of company’s remaining stake in the operation was seen as being consistent with Monster’s continued strategy of unlocking value and sharpening its focus on the company’s core online recruitment platform.

During the quarter, Monster renewed two critical partnerships. Earlier this month the company inked a deal with the Akron Beacon Journal to offer local recruitment content, career services and talent management solutions as pioneered by Monster through Ohio.com and the Akron Beacon Journal. The companies have been working together for nine years, originally starting their arrangement in October 2006.

“Monster is thrilled to continue our success with Akron Beacon Journal, ensuring a vast reach to a variety of audiences wherever they are,” said Mark Charnock, SVP of media, agency and newspaper at Monster. “Our combined power in the market means an unparalleled reach in the Ohio market through sources they already know and trust, including talent matching, social recruitment and sourcing tools.”

In August, Monster and the Milwaukee Journal Sentinel announced a renewed alliance to offer local career services and talent management solutions from Monster through the Milwaukee Journal Sentinel Recruitment Team and JSOnline.com. The companies originally engaged in a strategic agreement in 2007; the contract expired after five years when the former entity developed and launched standalone, homegrown solutions for recruitment products.

“Milwaukee Journal Sentinel readers will again experience the capabilities of Monster and reaching audiences where they already are,” said Mr. Charnock. “By providing a robust recruitment product portfolio to employers in the Milwaukee market, including match solutions, social recruitment and sourcing solutions, our combined presence in the market will mean an unparalleled reach in the market through sources they already work with and trust.”

“Monster has been attempting a modern rebrand in an effort to restore the company to Internet recruiting dominance,” said Scott A. Scanlon, founding chairman and CEO of Hunt Scanlon Media. Nearly three years in development, Monster’s collection of new initiatives has been aimed at enhancing the job search experience for recruiters, employers, and job seekers.

“The reality is the talent management market has radically shifted, and continues to do so,” said Mr. Scanlon. “When the last economic downturn forced companies to cut recruiting costs, more economical platforms like LinkedIn rose in dominance. That has forced talent providers like Monster to essentially watch from the sidelines ever since.”

Monster Worldwide shares have risen 59 percent since the beginning of the year. The stock has increased 89 percent in the last 12 months.