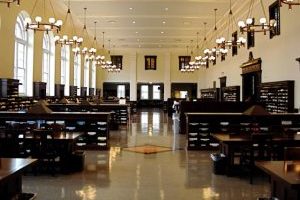 October 24, 2016 – Heidrick & Struggles and Neumann Executive Search Partners have been retained by Emory University to fill the college’s provost/chief academic officer and EVP business & administration positions, respectively. Emory’s search committee is looking for visionaries to make it the go-to place for policymakers, students and researchers.

The committee will identify and interview applicants throughout the fall and early spring semesters and present three or four final candidates to the president, with the expectation that Emory’s next provost will be identified in the early spring.

As the provost search evolves, the search for the dean of Emory College of Arts and Sciences will be launched with the hope that this leader will be identified before the summer of 2017. A casting call date to identify a search firm to handle this position has not yet been chosen.

The search committee involved in this assignment will present three or four candidates to the president. The timeline will be similar to that of the provost search, with the expectation that the EVP business & administration appointment will be announced during the spring semester next year.

The team at Neumann Executive Search Partners brings decades of experience recruiting senior individuals to renowned colleges and universities across the U.S. It partners with clients to identify and attract leaders who are ready and able to help define and advance the mission and vision of the institutions they join. The firm is currently leading searches for Yale University, University of Rochester, Northeastern University, and Clark University.

In June, Spencer Stuart assisted Emory in its president search when the school selected Claire Sterk, its former provost and EVP for academic affairs, as its first female president.

The hunt for university leadership is heating up — especially the search for chancellors.

Isaacson, Miller has just taken on the chancellor search for The University of California, Davis. Past chancellor Linda P. B. Katehi resigned amid allegations that she used university money to eliminate negative online search results about the institution.

“It is no wonder that universities and institutions of higher learning are turning to executive search firms in droves to fill their top roles,” said Diversified Search CEO Dale Jones. At a time with many academic leaders are retiring or leaving their posts to pursue other interests, he said, competition to replace them is intense.

“Recruiters have the requisite skills to manage a process that at times can be unwieldy, but more importantly they can help to expand a university’s reach and use their well-honed assessment skills to find the very best leaders in and out of higher education,” said Mr. Jones.