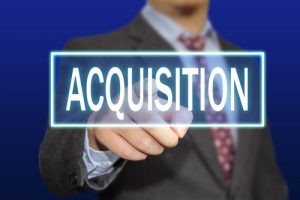 August 10, 2016 – Amsterdam-based human resource services provider Randstad Holding has acquired Monster Worldwide, Inc. Under the terms of the deal, Randstad will pay $3.40 per share in cash, or a total purchase price of approximately $429 million.

By leveraging Monster’s multiple distribution channels to bridge two different but complementary parts of the extended recruiting industry, Randstad intends to extend and build upon a comprehensive portfolio of HR services. Monster will continue operating as a separate and independent entity under the Monster name.

Randstad, which reported $21.3 billion in revenues last year, currently has a presence in 39 countries and employs around 29,000 staff worldwide.

“In an era of massive technological change, employers are challenged to identify better ways to source and engage talent,” said Jacques van den Broek, chief executive officer of Randstad. “With its industry leading technology platform and easy to use digital, social and mobile solutions, Monster is a natural complement. The transaction is aligned with our tech and touch growth strategy and reflects our commitment to bringing labor supply and demand closer together to better connect the right people to the right jobs. We look forward to welcoming the Monster team and working together to shape the evolving global job industry.”

Several recent reports seem to support Mr. van den Broek’s contention that labor supply and demand are, indeed, out of balance, and that finding the right people has become a much more difficult challenge.

A recent Right Management report found that companies are struggling to find people with the precise skills or combination of skills they need. Over one third of employers worldwide said they were having trouble filling positions due to lack of suitable talent.

According to Randstad’s own ‘U.S. Workplace Trends’ report,’ the inadequate supply of qualified and skilled talent is the second biggest threat to U.S. companies’ ability to meet revenue or business performance targets, second only to “increased competitive pressures.” Nearly eight-in-10 hiring decision makers (79 percent) agree that when positions become available at their organization, they struggle to find people whose skills match the job requirements.

“Joining Randstad provides a unique opportunity to accelerate our ability to connect more people to more jobs,” said Tim Yates, CEO of Monster. “Together with Randstad, Monster will be better positioned to fulfill our core mission, and our employees will benefit from becoming part of a larger, more diversified company.”

Equally important, the transaction offers immediate value to Monster’s shareholders, who have seen its stock price decline precipitously this past year. Monster shares jumped nearly 25 percent on the news of its sale, giving the Weston, MA-based company a current market value of $319 million.

Time to Fold Its Tent

Founded in 1994, the same year as Yahoo — another industry ‘disrupter’ that has seen its business fortunes slip away — Monster overhauled the way people searched for jobs, using the Internet as a primary tool. During two boom cycles starting in 2000 and again in 2006, Monster hit its zenith in market value of almost $8 billion. It even acquired rival HotJobs, then owned by Yahoo, for $436 million in 2002.

A Flurry of Mergers & Acquisitions

What likely precipitated this deal, ironically, said Mr. Scanlon, was Microsoft’s recent offer to pay LinkedIn $196 per share in an all-cash transaction to acquire the company for $26.2 billion. That deal has been viewed as a wake-up call among talent industry chief executives, from No. 1 ranked Korn Ferry to culture shaping leader Heidrick & Struggles to middle market powerhouse recruiter Manpower. All three have been cutting deals of their own, though Manpower’s attempt to acquire Heidrick failed to materialize.

The Randstad deal comes amid a flurry of M&A activity in the digital recruitment sector. These include Monster’s own acquisition this past June of mobile job discovery app Jobr, and Randstad’s $100 million purchase last September of RiseSmart, which uses a digital platform to help departing employees find new jobs.

This followed a stunning move by its top rival, Korn Ferry, to acquire Hay Group in an effort to expand into the broader human capital consulting business. It agreed to pay nearly a half billion dollars for Hay, about the price Randstad just paid for Monster, in order to tap into what Korn Ferry’s chief executive, Gary Burnison, sees as a new growth area — and a future direction — for the company. In that deal, Korn Ferry picked up 3,000 employees across 50 countries. Hay Group is a leader in people strategy and organizational performance and the acquisition gave Korn Ferry a big boost into the space.

Other, smaller deals have also closed among executive search firms in recent months. Whether this points to further consolidation to come throughout the sector remains to be seen. Here is a quick look at a few of these acquisitions from the Hunt Scanlon archives:

Check Out These Related Articles On Recruiting Firms Expanding Their Services Offerings: