Stay Connected:
Leading rideshare company embroiled in controversy is seeking a strong backup leader to help resuscitate its brand, recondition its culture, and rehabilitate its outspoken chief executive with a tough lesson in leadership. Here's a look at one unusual C-suite search assignment. 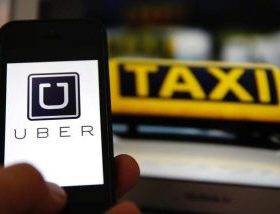 March 13, 2017 – Uber has retained Heidrick & Struggles to lead its search for a COO to work alongside embattled CEO Travis Kalanick. The high profile assignment kicks off Uber’s effort to rehabilitate its bruised image after a string of controversies. The rideshare leader is seeking a seasoned executive, preferably female according to multiple sources, to help turn around a perceived culture of sexism and to give its chief executive much needed leadership development tips and a potential succession road map.

Heidrick has led some big time searches in Silicon Valley over the years. Well known, of course, is the recruitment company’s early work for Apple. But Heidrick has helped scores of others, including installing Eric Schmidt as CEO at Google — in exchange for a very hefty fee that totaled $130 million when it exercised warrants that it took in exchange for its services after Google’s IPO. More recently, the search firm orchestrated the search at Microsoft that lead to Satya Nadella being crowned CEO in 2014.

But finding a No. 2 executive at Uber could be Heidrick’s biggest challenge yet, as the most valuable start-up in history is now engulfed in controversy.

Just last month, Uber made headlines for sexual harassment allegations which led to Amit Singhal, the company’s senior vice president of engineering, and product head Ed Maker to step down. In a separate incident, also just weeks ago, Mr. Kalanick launched an internal investigation after former employee Susan Fowler said in a personal blog post that she was sexually harassed and experienced gender bias during her time at the company. Mr. Kalanick responded to the post on Twitter within hours of its publication, calling  Ms. Fowler’s account “abhorrent & against everything we believe in.”

Then came the famous video. Mr. Kalanick was caught arguing with his own Uber driver, Fawzi Kamel, who took the opportunity with Mr. Kalanick to share a common driver complaint. “You’re raising the standards, and you’re dropping the prices,” Mr. Kamel griped. The pair discussed the state of the ride-hail market for a few moments more before the driver lost his cool and took direct aim at his boss. “People are not trusting you anymore,” he said to Mr. Kalanick. “I lost $97,000 because of you. I’m bankrupt because of you. You keep changing every day.”

Mr. Kalanick denied that prices for Uber’s high-end service, Uber Black, had fallen much, saying instead that it is the drivers who aren’t taking proper responsibility. “They blame everything in their life on somebody else,” he sounded off as he was exiting the car. “Good luck!” What Mr. Kalanick didn’t know was that the Uber driver had recorded the whole nasty affair on videotape which was soon released online.

The timing of Mr. Kalanick’s outburst could not have been more ill-timed. The company recently paid $20 million to settle allegations by the Federal Trade Commission that it recruited drivers with false promises about their prospective earnings. Mr. Kalanick has since apologized for his behavior, and going one step further,  he admitted that it was “a reflection” on himself and that he needed leadership help.

Roger McNamee, founding partner of venture firm Elevation Partners and an early investor in Facebook, said publicly that “unless investors perceive the adult supervision (coming in) as being at a rock star level, there is real risk to the company’s valuation. It’s not enough to have a good manager. They need a great manager.”

Uber turned to Heidrick & Struggles to find that rock star leader just last week. According to recruiters unaffiliated with the assignment, the search company was likely chosen not just for its string of successes in recruiting top leaders, but because of its expanding portfolio of work in culture shaping, leadership development, and succession planning. Uber, it seems, is one client that needs it all.

Organizations oftentimes turn to the same recruiting firm for their leadership needs. Familiarity breeds comfort, especially in the C-suite where every decision is based on who you know. In many cases, this can mean turning to a far flung global network of offices spanning multiple countries and a contingent of search consultants with functional and sector-based specializations. This is not the current case with Uber. It chose Spencer Stuart in the spring of 2015 to hunt down a leader for its India operation, a market of strategic importance to the company. In fact, Uber’s chief executive called India “a global priority for us” at the time. But he considered this search a rather straightforward one – nothing more, nothing less than a standard assignment to find a transformational visionary. What’s clear less than two years on is that this same CEO is now in trouble, his own vision seems lacking, and that has created something more than just your standard leadership search. Enter Spencer Stuart’s rival, Heidrick & Struggles ….. Here’s some further reading from Hunt Scanlon Media.

Spencer Stuart Recruits Head of India for Uber
It was less than two years ago that search firm Spencer Stuart recruited Amit Jain to head operations in India for Uber. The company was in the midst of a massive expansion into its biggest and fastest growing market outside the U.S.

In a recent blog post to staffers, Mr. Kalanick said he was in search of “a peer who can partner with me to write the next chapter in our journey.” One possible candidate that Uber could have its eyes on is Facebook COO Sheryl Sandberg. In a similar situation, she was hired by Facebook’s CEO Mark Zuckerberg to help get the company on sound footing when he was struggling. That handholding and ‘parental oversight’ led the business to a multi billion dollar initial public offering (IPO) in 2012. Adult supervision was the game changing ingredient Ms. Sandberg brought to the table.

Another potential candidate is CVS president Helena Foulkes, who also has been cited as a change agent. In 2015, Fortune magazine included her on its list of Most Powerful Women, recounting Ms. Foulkes’ role in the $1.9 billion purchase of Target’s prescription-filling business — a deal that handed CVS the most pharmacy locations in the U.S. and helped launch and upgrade its beauty & healthy food segments.

Uber, and now its leadership advisor, is hoping that a competent COO will be able to teach Mr. Kalanick how to be a better leader and implement changes that reshape the company culture and right the on-demand transit giant.

Uber, which was founded in 2009 by Mr. Kalanick and Garrett Camp, has become one of the most valued venture-backed private companies in the world. Its estimated valuation of $41.2 billion is second only to that of China’s smartphone maker Xiaomi Inc. Uber operates in several countries in North America, Central and South America, Europe, the Middle East, Africa and Asia Pacific and has received $1.8 billion in funding from Goldman Sachs and Google Ventures.

Uber likely turned to Heidrick because of its successful culture shaping capabilities and expanding leadership consulting business. It is relatively new ground to trod for the nation’s top headhunters, whose core recruiting business has eroded in recent years by talent platform companies like LinkedIn, in-house recruiting and stiff competition from boutique rivals.

One result: industry leader Korn Ferry takes in less than half of its revenue from proffering recruiting services today. Instead, it has pushed heavily into new areas of business to improve workforce performance, and to that end it has made some big, bold acquisitions to help it get there quickly.

But Heidrick is the only one to have plunged into culture shaping, and it is that advice — along with leadership consulting — that Uber so desperately needs. Packaging both advisory services into a portfolio that includes recruitment expertise is increasingly how this search company is winning more business. CEO Tracy Wolstencroft said recently that half of Heidrick’s top 10 clients last year utilized it for services other than executive search. Some $75 million in leadership and culture shaping consulting fees, indeed, made their way to the company’s top line in 2016.

In a poll conducted by Hunt Scanlon Media late last year on culture shaping, ‘Aligning Strategy and Culture,’ the recruiting outfit best identified with offering culture shaping services was Heidrick & Struggles, with 44 percent citing it over Egon Zehnder and Spencer Stuart, a rival that handled Uber’s important leadership search in India less than two years ago.

“In prioritizing all of the elements that go into building a successful business, it would seem that many corporate heads consider leadership development to be a low priority ‘nice to have’ instead of a strategic imperative,” said Niels-Peter van Doorn, head of leadership consulting at Borderless, which conducted the survey. “While most argue that effective leadership is necessary to achieve positive business results, the lack of focus on development suggests that leaders are expected to possess all essential leadership skills innately,” he added.

A survey released by the Hay Group division of Korn Ferry found that 87 percent of HR leaders said that linking an organization’s social responsibility efforts to leadership development, something that’s been important for Uber, has a positive impact on overall engagement and performance. Unfortunately, only 59 percent of respondents said their organizations actually do link the two.

According to recruiters, another area many companies like Uber are struggling with is succession planning. Seventy four percent of HR leaders have identified leadership succession and speed of development as the primary internal challenges they face, according to a survey by talent solutions provider Lumesse and research company Loudhouse. The identification of ‪tomorrow’s leaders is crucial to mitigate against the loss of critical talent in the future, something that 73 percent of respondents said is the biggest threat to their business over the next 12 months.

“Businesses need to build a long-term strategy for succession planning to ensure that the right people with the right skills are in the right place at the right time to service and develop the business,” said Stephan Schmitt, chief marketing officer of Lumesse. “If they fail to do this now, they may quickly lose competitive advantage and be less able to adapt to future market changes.”