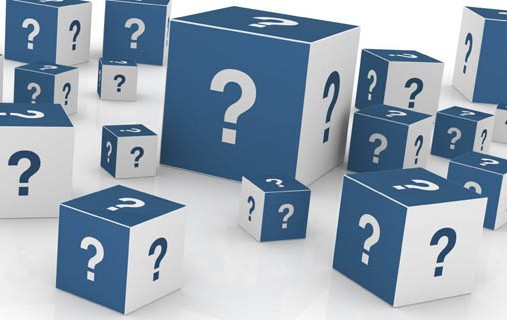 April 1, 2016 – Managers are ill-equipped to have career conversations with their direct reports, with nearly a third (31 percent) saying their organization doesn’t provide people management training for managers, this according to research released by global talent management provider Penna.

When asked how satisfied they are with the level of career development they are receiving, employees gave only five out of 10 for their current organizations. And its little wonder: only around one in four managers surveyed said they are confident in talking about difficult career conversation topics such as salary (23 percent), delayed promotions (26 percent) and aspirations versus current abilities (29 percent) with members of their team.

It’s a serious business issue, as nearly two thirds (63 percent) of employees said that the lack of a career development channel with their current employer would very much – or possibly – be enough to make them start looking for a new job. Unsurprising, perhaps, when you consider that more than a third of managers (36 percent) even admitted to not knowing what their direct reports’ career goals over the next 12 months are.

Perceptions about the frequency and formats of career conversations also differ between managers and employees. Fifty-seven percent of managers said they talked to direct reports about their professional goals and long-term aspirations at least a few times a month – directly contrasting with 50 percent of employees who said that, at best, this happens just a few times a year. It’s clear that managers feel as though they are putting in the effort to have regular career conversations with direct reports, but employees aren’t recognizing them as such.

The two parties were in agreement over particular skill sets however, with 67 percent of managers and 55 percent of employees saying their line manager “listens” during career conversations and “helped them reflect on their performance in their current role” (54 percent and 50 percent respectively).

“Having an effective career conversation with direct reports is an acquired skill and given the sometimes sensitive nature of topics covered, it needs careful and considered planning and handling,” said Bev White, managing director of Penna Career Services. “Expecting managers to be able to do this, with little or no training, is not only feeding them to the lions,” she added, but employees are likely to feel disgruntled as a result of poor conversations about their career.

“It is a waste of time having career conversations, if nothing is going to be done with the information gleaned from it,” said Ms. White. “The whole point of career conversations is to ensure that employees can fulfill their career aspirations within the company, aiding engagement, productivity and retention.” If businesses are leaving this to chance, she said, by not training their managers on how to hold effective career conversations or recording data when they do, “they’re potentially opening Pandora’s box, setting expectations with employees that can’t be met and are gambling with their greatest asset – their employees.”

Here are some tips from managers for how to hold effective career conversations:

The Penna research also revealed that career conversations are seldom tracked or fed into succession plans, with a third (33 percent) of managers admitting that their organization doesn’t have a formal process for recording and tracking the long-term career goals of its employees and 23 percent said information gathered doesn’t get fed into succession planning.

Succession planning seems to be a growing concern to many HR leaders according to multiple recent reports.

Seventy-four percent of HR leaders have identified leadership succession and speed of development as the primary internal challenges they face, according to a survey by talent solutions provider Lumesse and research company Loudhouse. The identification of tomorrow’s leaders is crucial to mitigate against the loss of critical talent in the future, something that 73 percent of respondents said is the biggest threat to their business over the next 12 months.

A separate report released by Penna found that despite effective leaders being the cornerstone of business success, leadership pipeline planning isn’t happening. Sixty-three percent of respondents in their survey said they do not know if they have a leadership pipeline within their organization, or they don’t actively plan for what their future leadership will look like.

Bottom line: If you haven’t done so, start your career conversation today. And if you’re uncomfortable doing it with your employer, call up a recruiter specializing in your field and begin that dialogue.