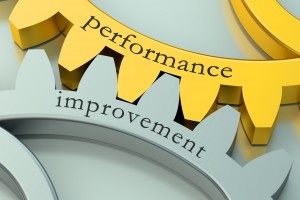 April 8, 2016 – Leadership development is now seen as a main driver for ensuring delivery of business results (43 percent) and business growth (20 percent), according to the ‘2016 Leadership Development Survey’ just released by Borderless Executive Search.

The report captured insights from close to 1,000 senior executives across a range of industries. The high rate of response and depth of feedback demonstrate that leadership development remains top-of-mind and is considered a key enabler of business strategy and growth.

Nevertheless, the results show that this remains a wide open area for executive search firms to make their mark, and expand their service offerings.

Nearly half of respondents (44 percent) characterize leadership development in their organization as poor, and more than half (54 percent) describe it as ineffective.

In addition, 29 percent of respondents are not aware of their organization having any kind of leadership coaching or mentoring program at all.

A majority (56 percent) of respondents said they believe support from top management is a critical success factor for ensuring effective leadership development within organizations.

“In prioritizing all of the elements that go into building a successful business, it would seem that many corporate heads consider leadership development to be a low priority ‘nice to have’ instead of a strategic imperative,” said Niels-Peter van Doorn, head of leadership consulting at Borderless.

“While most argue that effective leadership is necessary to achieve positive business results, the lack of focus on development suggests that leaders are expected to possess all essential leadership skills innately,” said Mr. van Doorn. “This is reflected in the trend within companies to ‘hire in’ senior executives instead of growing and advancing executives from within. Over-reliance on external hiring can frustrate and demotivate teams, he said, “and could consequently exacerbate internal organizational challenges.”

Other recent reports have also stressed the importance of leadership development within organizations.

A survey released by the Hay Group division of Korn Ferry found that 87 percent of HR leaders say that linking an organization’s social responsibility efforts to leadership development has a positive impact on overall engagement and performance. Unfortunately, only 59 percent of respondents say their organizations actually do link the two.

Other reports point to companies failing at even the basic levels to develop high potential leadership talent. A recent survey released by Penna found that a mere 13 percent of employees described their organization as doing a lot to recognize their potential, with the result being that valuable talent has either gone to waste or left the business (estimated at around 23 percent in the past 12 months).

Another report released last week by Penna asked how satisfied employees are with the level of career development they are receiving. Respondents gave only five out of 10 for their current organizations. And nearly two thirds (63 percent) of employees said that the lack of a development channel with their current employer would very much – or possibly – be enough to make them start looking for a new job.

Seventy-four percent of HR leaders have identified leadership succession and speed of development as the primary internal challenges they face, according to a survey by talent solutions provider Lumesse and research company Loudhouse.

Over the past several months, a handful of executive search firms have added or expanded leadership development services to address these growing needs. Here is a look at a few:

Check Out These Related Articles On Leadership Development: