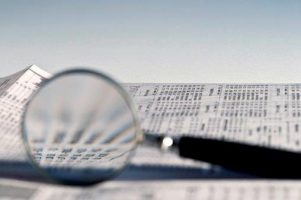 Mr. Ludwig most recently served as CFO of Baha Mar Resorts Limited for the past 10 years. Prior to his time at Baha Mar, he spent more than 20 years in various accounting, financial and strategic roles with Four Seasons Hotels, including 13 years as CFO. Mr. Ludwig was responsible for all financial aspects of the company and led the strategic effort to transform Four Seasons from a services and brand value business. His career began at KPMG.

“We are very excited to have Doug join RLHC as our new CFO,” said Greg T. Mount, president and chief executive officer of Red Lion. “Doug is a seasoned lodging veteran with over three decades of experience who will provide valuable insights as we continue to grow our platform. His experience with Four Seasons’ asset light transformation is highly complementary to the initiatives we have put in place at Red Lion.” He said that Mr. Ludwig’s deep experience as a lodging CFO will help to ensure that the organization’s systems and financial controls are “best-in-class to support our expanding enterprise.”

Mr. Greger, the lead recruitment consultant on this assignment, joined the search firm last year when his own recruiting outfit, Greger / Peterson Associates, merged with AETHOS. “Not only did we gain Ken, John Peterson and Matt Peterson as business partners, we added office locations in Portland and Los Angeles, which is a critical aspect of our growth strategy,” said AETHOS managing director and CEO Keith Kefgen.

“My hope is that Donald Trump will be good for the economy and a voice for the hotel industry on Capitol Hill,” said Mr. Kefgen. “Travel is a key indicator of economic health and I believe Mr. Trump’s low tax, small government approach is good for business. Fixing healthcare will also be a plus for the travel industry, as the present system seems to be disliked by everyone,” he added.

Immigration, though, will be an interesting issue for the industry (including food supply chain), said Mr. Kefgen, as the sector employs a great deal of first generation immigrants and undocumented workers. “Trade issues with China and Latin America will also have an impact on our industry from an investment perspective. But travel could be adversely affected if relations get strained. I think our industry will be more of a bellwether for the President’s policy successes or failures than any other.”