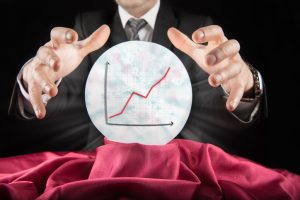 May 23, 2016 – Companies relying on more advanced forms of CEO assessment may see significant gains as high as 80 percent in market cap alone, according to new research from Korn Ferry.

The results are just the latest example of companies around the globe turning to more innovative, sophisticated methods for hiring their most valued — and typically highest paid — leader.

Much of the effort has been directed at curtailing CEO turnover. Seventeen percent of the largest 2,500 public companies in the world changed their CEO last year, more than in any of the previous 16 years of the ‘CEO Success Study‘ from Strategy&, PwC’s strategy consulting business.

Korn Ferry’s most recent findings are based on the results of two separate studies by the leadership solutions provider. Each centers on the company’s recently enhanced CEO Readiness Assessment program, which evaluates an array of competencies, ranging from the CEO’s ability to handle ever-growing complexities the job requires to inspiring staffers and building trust.

The studies analyzed its hiring assessment data for 118 candidates who later went on to take the CEO seat. They included the original 118 CEOs plus an additional 44 CEOs, totaling 162 executives who had become CEO.

“These assessments give a picture of the candidate’s personality, competencies, cognitive ability, motivations and behavior under stress, which are all critical to understanding how the candidate would perform in the CEO role,” said Stu Crandell, senior vice president of the Korn Ferry Institute, the company’s research arm. “With the intense scrutiny boards of directors are under when choosing a CEO, the assessments are an invaluable tool and highly predictive of a candidate’s success in the role.”

Extending the Life Span of a Chief Executive

The reason? According to Korn Ferry, better assessments lead to longer-tenured CEOs. According to the research, CEOs who took the Korn Ferry assessment and later went on to become a CEO, high scorers on the overall assessment served an average of 67 percent longer as CEO – 6.1 years, compared with low scorers’ tenures of 3.6 years (against a benchmark of 4.6 years of Fortune 500 CEOs overall).

“It’s important to note that while there is no precise formula for predicting a CEO’s tenure or financial impact, there are robust assessment tools and methods that can dramatically improve a board’s chances of selecting a CEO who will succeed at the helm long enough to drive sustainable financial performance,” said Jane Stevenson, Korn Ferry’s global leader for CEO succession.

Companies, however, don’t seem to be prepared to replace their top leaders.

According to a recent report by Egon Zehnder, many chairmen are concerned that their own companies are underprepared for a change of CEO and are exposed to the risk of a damaging leadership vacuum.

“As companies face tremendous pressure from shareholders, activists investors, new competitors and digital disruption, it is essential to get succession right — and one aspect is planning and ensuring that you have a robust plan in place that looks at internal and external candidates and covers multiple scenarios,” said George Davis, global CEO practice leader for Egon Zehnder. The second aspect, he added, is weighing the risks and making an informed decision.

“The findings of our CEO succession study are cause for concern,” Mr. Davis said. “Many of the leaders interviewed felt that CEO succession planning in their own companies lacked rigor, and several pointed to sub-optimal CEO succession experiences of their own.”

Leaders surveyed by Egon Zehnder agreed that the defining characteristic of good succession planning is that it is “always switched on” – the planning process ensures that a company is constantly prepared for a leadership change, expected or unexpected. This not only reduces risk, but also contributes to a greater frankness and alignment between the board and the CEO.

But it isn’t just chief executives themselves that struggle with their own succession dilemma. Seventy four percent HR leaders in one study identified leadership succession as a primary internal challenge they face, according to talent solutions provider Lumesse and research company Loudhouse. The identification of leaders is crucial to mitigate against the loss of critical talent in the future, something that 73 percent of respondents to their study said is the biggest threat to their business over the next 12 months.

So, are companies approaching succession planning the wrong way?

Existing methods of identifying and developing leaders are failing, creating a gap between traditional ideas of leadership effectiveness and what it actually takes to drive sustained business performance, according to ManpowerGroup‘s Right Management just released ‘Most Likely to Lead’ report. Astoundingly, 87 percent of employers surveyed said they do not believe they have the future leaders needed to fill critical roles.