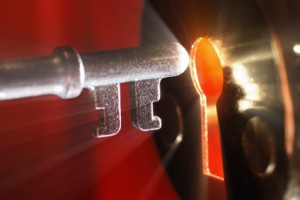 March 30, 2016 – According to a major new global study of senior executives by Egon Zehnder, mounting evidence shows optimal performance comes from the alignment of an executive’s personal values with an organization’s culture and the role’s responsibilities, yet few executives or organizations have made the adjustments necessary to take advantage of this synergy.

The report, entitled “Leadership Identity – What Makes You Thrive?,”  found that only 40 percent of executives said their organization helps them unlock their potential while another 31 percent responded in the negative and 27 percent were neutral.

In addition, 72 percent of those surveyed said they would welcome more help from their organization to pinpoint and pursue personal motivations and goals.

“There are a number of critical areas about which organizations and their executives are failing to communicate,” said Andrew Roscoe, leader of Egon Zehnder’s executive assessment and development practice and one of the co-authors of the study. ”If companies and executives can start to work together to align personal values and career trajectories, there is the potential to greatly increase job satisfaction, retention and performance across the global economy.”

The most commonly cited motivation was “making a difference,” chosen by 55 percent of respondents, followed by “personal growth and development,” “leading and organizing others” and “monetary compensation,” each chosen by 45 percent of those surveyed. The wide range of motivations among leaders is underscored by the fact that no single factor was chosen by much more than half of the respondents.

“Optimal performance occurs in the overlap between the organization’s needs and the executive’s needs,” said Wolfhart Pentz of Egon Zehnder’s Berlin office and the study’s co-author. “Both sides need to work together to increase the size of this common ground.”

Too often, professional development is a monologue given by the organization to the executive, said Mr. Roscoe. “It needs to evolve to a true dialogue,” he added. “But that isn’t only the responsibility of the organization. Executives need to take ownership of their own growth and trajectory and be active partners in that dialogue, rather than assume the only options are ‘take it or leave it.’”

Egon Zehnder offers the following suggestions to help do so:

A number of reports have recently surfaced that also find executives expressing the need to make culture a priority to drive alignment, collaboration, and performance. According to the ‘Real World Leadership’ study by Korn Ferry Hay Group, “driving culture change” ranks among the top three global leadership development priorities.

The study says that executives report the most widely used strategy to improve culture is “communications,” followed by “leadership development,” and “embedding culture change in management objectives.” In addition, it found that “improving organizational alignment and collaboration” is the primary reason executives choose to focus on improving culture, followed by “improving organizational performance.”

Talent, leadership, and culture are intrinsically linked, and they are crucial to strategic execution, said Arvinder Dhesi, a KF Hay Group senior client partner. “It’s a mistake for top leaders to believe that culture is somehow separate from themselves or a separate project. Everything that we do contributes to the culture. There’s no culture-neutral behavior.”

With culture and leadership development becoming hot topics within the talent management industry, many searches firms have begun to expand their services in this area:

Check Out These Related Articles On Executive Development: