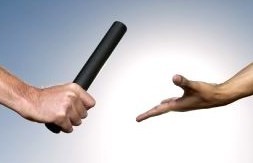 December 2, 2015 – While many companies are performing some form of succession planning for their CEO posts, most are not doing enough to ensure a successful transition, according to a new report, ‘2015 CEO Succession Planning Survey,’ conducted by consulting firm AlixPartners and executive search firm Vardis.

The study involved more than 100 senior level executives, including C-suite professionals, board members and business owners — each of whom had significant knowledge of CEO succession planning and selection within their organization. It explored the differences in common practices, procedures, and criteria used by organizations when selecting a new CEO.

More than half of companies do not have a strong candidate prepared in the high risk, and not uncommon event, of a CEO transition. Of all respondents, 31 percent said they had no CEO successors identified, while 20 percent said their firm had just one successor identified.

Development of potential candidates also varies; across all companies 31 percent said they provided no formal preparation or training for the identified CEO successor, a number which increases to 50 percent for private equity companies. Across all organizations, on-the-job experiences (37 percent), coaching (36 percent), and formal assessments of strengths and weaknesses (34 percent) were provided to potential candidates.

Another surprise: when asked who should lead the CEO succession planning process, there seems to be no standard in terms of who has primary responsibility. According to survey respondents, responsibility is most likely to be held by board members (37 percent), the incumbent CEO (30 percent), or the head of human resources (26 percent).

Despite the lack of preparation, 75 percent of the survey’s respondents still expected a new candidate to step up for the top job within a year while and over 50 percent expected that within six months, suggesting a considerable cognitive dissonance between planning and eventual execution expectations.

Views on the most critical CEO selection criteria differed across industries. Most notably, private equity firms place a much higher premium on “experience with similar strategic challenges” (cited by 74 percent of respondents) compared to public companies (cited by only 42 percent).

Other reports have shown similar results. Recent research provided by Penna found that despite effective leaders being the cornerstone of business success, leadership pipeline planning isn’t happening. Sixty-three percent of respondents in their survey said they do not know if they have a leadership pipeline within their organization, or they don’t actively plan for what their future leadership will look like.

“At a time when leadership capability is a precious commodity and critical to an organization’s success, we need to get better at succession planning and developing leaders at all levels,” said Penny de Valk, Penna’s talent practice managing director. “Building a leadership pipeline means being able to spot and develop potential and companies that are doing this well have a real source of competitive advantage.”

Search firms have stepped up their CEO succession practice efforts in response. Heidrick & Struggles recently appointed Tom Moran as a partner and member of the firm’s CEO and board practice. Based in Chicago, he has more than 22 years of executive search experience having placed hundreds of CEOs, CFOs, COOs, CMOs, board members, and functional leaders in companies around the globe.

Caldwell Partners recently added Jay Millen as the leader of its CEO & board practice. He joins the firm from DHR International, where he served as a vice chairman and head of the firm’s board and CEO practice group for just under three years.