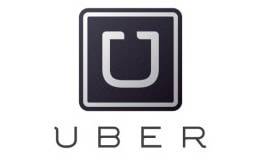 June 2, 2015 – Executive search firm Spencer Stuart has recruited Amit Jain to head up operations in India for American online car booking service Uber Technologies, as the company expands into more cities in its biggest and fastest growing market outside the U.S. Mr. Jain was president of housing classifieds service Rent.com.

“India is a market of global strategic importance for Uber,” said Chase Barbe, head of digital platforms for Hunt Scanlon Media. “This is the first time Uber has recruited an India president and it speaks volumes about where the company sees its future growth.”

“Success in India is a global priority for us,” said Uber CEO Travis Kalanick in a statement. “Amit’s leadership and passion for Uber’s mission will be transformational as we redefine urban mobility for hundreds of millions of Indians.”

Mr. Jain, 38, previously held senior roles at TPG Capital and Nexeo Solutions. He started his career with a three-year stint at Deloitte Consulting followed by six years of strategic management training at McKinsey & Co. He holds an MBA in management from Stanford University.

Taxi-apps are said to have a huge opportunity in India, where cabs have been a relatively unorganized industry. To gain a quick marketplace advantage, Uber is expected to allow customers in India to pay in cash – the first time it has offered a payment system other than credit cards in over 300 cities that it operates in around the world.

India itself is a huge opportunity for Uber: the country has 1.2 billion people with an increasing rate of smartphone adoption. Uber arrived in India just under two years ago, but the company scaled quickly in India’s top-tier cities. Prophetically, Uber made the decision to expand beyond standard limousine service in India and introduced auto rickshaws and chauffeured hatchback rides. It was an instant hit with local consumers and won Uber a loyal following.

Uber, which was founded in 2009 by Mr. Kalanick and Garrett Camp, has become the second most valued venture-backed private company in the world, according to a February valuation done byThe Wall Street Journal and Dow Jones. Its estimated valuation of $41.2 billion was second only to that of China’s smartphone maker Xiaomi Inc. Uber operates in several countries in North America, Central and South America, Europe, the Middle East, Africa and Asia Pacific and has received $1.8 billion in funding from Goldman Sachs and Google Ventures. The company is in talks to raise another $1 billion, according to a recent Bloomberg report.