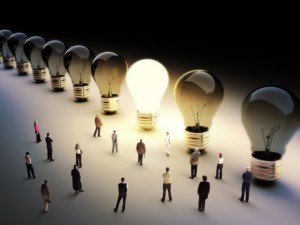 April 4, 2016 – A critical need exists to improve employee engagement, according to a new survey released by the Hay Group division of Korn Ferry. The survey, which includes data from more than 7,500 business and HR leaders in 107 countries, found that across all leadership levels an average of only 36 percent of employees are “highly engaged.” The report also found that leveraging a social responsibility agenda to develop leaders can help reverse this trend.

Tapping into an organization’s social responsibility platform is critically important to attracting, developing and retaining top talent, said Noah Rabinowitz, senior partner and global head of KF Hay Group’s leadership development practice. “It provides a source of natural inspiration for people that is tied to the broader mission and purpose of an organization.”

According to Mr. Rabinowitz, solid social responsibility programs are a boon for an organization’s overall brand. “Authentic initiatives create a distinct and positive identity for companies with their customers, suppliers, distributors, investors and other stakeholders,” he said.

“The world has changed. It isn’t good enough to just make a profit anymore,” said Rick Lash, senior partner of Hay Group. “Done for the right reasons, a focus on purpose and social responsibility has a lasting impact on each and every person who comes in contact with your organization.”

Yet other reports point to companies failing at even the basic levels to develop high potential leadership talent. A recent survey released by Penna found that a mere 13 percent of employees described their organization as doing a lot to recognize their potential, with the result being that valuable talent has either gone to waste or left the business (estimated at around 23 percent in the past 12 months).

Another report released last week by Penna asked how satisfied employees are with the level of career development they are receiving. Respondents gave only five out of 10 for their current organizations. And nearly two thirds (63 percent) of employees said that the lack of a career development channel with their current employer would very much – or possibly – be enough to make them start looking for a new job.

Seventy-four percent of HR leaders have identified leadership succession and speed of development as the primary internal challenges they face, according to a survey by talent solutions provider Lumesse and research company Loudhouse. The identification of tomorrow’s leaders is crucial to mitigate against the loss of critical talent in the future, something that 73 percent of respondents said is the biggest threat to their business over the next 12 months.

A separate Korn Ferry study shows that the top factor that improves people’s feelings about their job is working for a company whose culture aligns with their values. This study found that executives report the most widely used strategy to improve culture is “communications,” followed by “leadership development,” and “embedding culture change in management objectives.” In addition, it found that “improving organizational alignment and collaboration” is the primary reason executives choose to focus on improving culture, followed by “improving organizational performance.”

“Culture is no longer seen as an afterthought when considering the business focus of an organization,” said Mr. Rabinowitz. “Culture is the X-factor. It’s the invisible glue that holds an organization together and ultimately makes the difference between whether an organization is able to succeed in the market or not.”

Another separate study released by Korn Ferry Futurestep found that nearly two-thirds (61 percent) of executives said organizational culture was the most important recruiting advantage for global organizations, followed by possessing a leading employer brand at 26 percent.

According to a global study of senior executives by Egon Zehnder, mounting evidence shows optimal performance comes from the alignment of an executive’s personal values with an organization’s culture and the role’s responsibilities, yet few executives or organizations have made the adjustments necessary to take advantage of this synergy. The report found that only 40 percent of executives said their organization helps them unlock their potential.