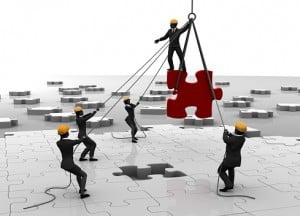 January 21, 2016 – Seventy-four percent of HR leaders have identified leadership succession and speed of development as the primary internal challenges they face, according to a just-released survey by talent solutions provider Lumesse and research company Loudhouse.

The identification of tomorrow’s leaders is crucial to mitigate against the loss of critical talent in the future, something that 73 percent of respondents said is the biggest threat to their business over the next 12 months.

The survey also revealed the time-sensitive nature of making changes in leadership, with 90 percent of HR decision-makers reporting that the urgency to identify and develop future leaders is intensifying.

Yet, the fact that only two in five respondents (38 percent) were confident that their company currently has the right talent to drive business success is a strong indicator that current succession and development processes are unable to guarantee the development of future talent.

“The report suggests that if businesses are not able to identify future leaders and up-skill them accordingly, they will be unable to effectively deal with top talent attrition in the future,” said Scott A. Scanlon, founding CEO of Hunt Scanlon Media in Greenwich, Conn. “This has fast become a critical issue facing CHROs.”

“Leadership and succession planning is another area in which HR professionals must look to develop an advantage ahead of competitors,” said Stephan Schmitt, chief marketing officer of Lumesse.

“Strong and skilled leadership of a business has never been more important. As the global economy recovers from a period of uncertainty, businesses require captains to steer companies to success,” he said.

In light of the topsy turvy nature of the global stock markets, which might be forecasting a coming general worldwide business decline, businesses might need these leaders in 2016 more than ever.

“Businesses need to build a long-term strategy for succession planning to ensure that the right people with the right skills are in the right place at the right time to service and develop the business,” said Mr. Schmitt. “If they fail to do this now, they may quickly lose competitive advantage and be less able to adapt to future market changes.”

Recent research provided by Penna found that despite effective leaders being the cornerstone of business success, leadership pipeline planning isn’t happening. Sixty-three percent of respondents in their survey said they do not know if they have a leadership pipeline within their organization, or they don’t actively plan for what their future leadership will look like.

“At a time when leadership capability is a precious commodity and critical to an organization’s success, we need to get better at succession planning and developing leaders at all levels,” said Penny de Valk, Penna’s talent practice managing director.

“Building a leadership pipeline means being able to spot and develop potential and companies that are doing this well have a real source of competitive advantage,” she added.

Search firms have stepped up their CEO succession practice efforts in response. Heidrick & Struggles recently appointed Tom Moran as a partner and member of the firm’s CEO and board practice. Based in Chicago, he has more than 22 years of executive search experience having placed hundreds of CEOs, CFOs, COOs, CMOs, board members, and functional leaders in companies around the globe.

Caldwell Partners recently added Jay Millen as the leader of its CEO & board practice. He joins the firm from DHR International, where he served as a vice chairman and head of the firm’s board and CEO practice group for just under three years.