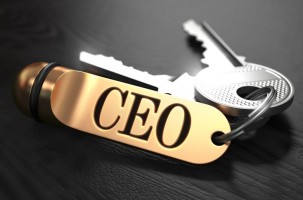 March 15, 2016 – Leadership stands out as a business competency critical for success say executives from across business, according to the Society for Human Resource Management’s recent report: ‘Using Competencies to Achieve Business Success: The Executive Perspective.’

“Over the years, many business leaders have openly voiced their concerns about a leadership gap in their organizations,” said Joe Jones, SHRM’s director of HR competencies. “The survey results provide further evidence that business executives are seeing a disconnect: competencies — particularly the leadership and navigation competency — are critical for the overall success of business units, yet many employees and job candidates lack them.”

A leadership gap also was identified in a ‘Business and Human Capital Challenges’ report released by SHRM. The report found that both HR professionals and non-HR C-suite executives said that developing the next generation of leaders was considered the top human capital challenge over the coming decade.

“Because competence in leadership and navigation impacts the entire organization, HR will not only have to work on developing this competency within specific business units, including HR, but will need to develop organization wide leadership development strategies and initiatives,” said Ms. Jones. “This requires thinking of leadership from more of a systems perspective.”

Leadership and navigation is one of nine competencies identified in the SHRM Competency Model created for the HR profession. SHRM describes competencies as individual characteristics — knowledge, skills, abilities, self-image, traits, mindsets, feelings and ways of thinking — that allow individuals to be successful in their roles.

A well-defined set of competencies aligned with business strategy is useful for businesses to differentiate good from poor performers and for individuals to assess their career readiness. Besides leadership and navigation, competencies include communication, relationship management, business acumen and ethical practice.

Despite large talent pools, the quality of available workers with the right sets of competencies appears to be lacking, according to multiple reports.

A recently released hiring survey by DHI Group, Inc. found that 53 percent of hiring managers and recruiters say the inability to find qualified professionals was the key detriment in filling open positions at their respective companies.

“The recruiting environment for certain highly-skilled professionals is the toughest I’ve seen in nearly a decade, with companies jockeying for in-demand talent and candidates having their pick at ideal positions and compensation,” said Michael Durney, president and CEO of DHI Group.

Within organizations the quality of talent doesn’t appear as well-suited as it should with executives saying they are generally not comfortable with the leaders they have in place.

According to Korn Ferry’s report, “Real World Leadership,” few executives believe they have the right leaders in place to effectively deliver on strategy. The study found that only 17 percent were fully confident their organizations had the right leadership capabilities in place to execute on strategic business priorities. Just over half of the respondents (56 percent) said they were ‘somewhat confident,’ while more than a quarter (27 percent) were either unsure or did not believe their teams had the necessary leadership capabilities.

“If I were a CEO, being only ‘somewhat confident’ that I had the right leaders in place to drive my company’s strategy wouldn’t be good enough,” said Stu Crandell, senior vice president, Korn Ferry Institute. “That’s why effective leadership development is extremely critical to the success of any organization. It’s required to address the skill, pipeline, and culture gaps required for organizational growth, yet it’s one of the CEO’s most underutilized levers to drive strategy.”

Check Out These Related Articles On Corporate Leadership Needs: