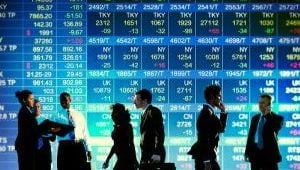 “We finished 2016 with solid fourth quarter results that reflect a return on the strategic investments we have made in the business over the last year,” said Tracy Wolstencroft, president and chief executive officer, triumphantly.

For the fourth quarter, the Chicago-headquartered recruiter  — the third largest in the Americas as ranked by Hunt Scanlon Media  — recorded revenues of $159.8 million, a gain of 10.6 percent from revenues of $144.5 million a year ago. These results topped Wall Street forecasts, which expected $146.1 million.

Leadership consulting net revenue increased 103.8 percent, or $19.8 million, to $38.8 million from $19 million the year before, making it the second largest source of revenue within the company. Culture shaping net revenue was essentially unchanged in 2016 at $36.2 million compared to $36.3 million last year.

But it was executive search services that provided more than a half billion dollars to Heidrick’s top line last year. That business now accounts for 87 percent of total annual revenue generated. The company conducted some 4,310 searches in 2016, an increase of just over seven percent from the prior year. The average revenue per assignment was $117,000, which dipped slightly from the year before. Productivity, as measured by annualized executive search net revenue per consultant, was $1.6 million in 2016, the same as the year earlier period.

Heidrick’s culture shaping business has been more of a tough sell for the company’s consultants than had been anticipated when the company began to roll it out several years ago. In November, Heidrick said that Jim Hart was retiring as head of that division. Michael Marino has now succeeded Mr. Hart as president and CEO. Mr. Marino has served on the leadership team at Senn Delaney, the culture shaping unit at Heidrick, for more than 20 years, most recently as a partner and EVP. He has led strategic accounts across a wide range of industries, including FedEx, Loblaw, GlaxoSmithKline and USAA, and Mr. Wolstencroft is now said to be pinning his hopes on that leadership experience to fuel growth within the unit.

In September, Heidrick acquired Philosophy IB, a leadership consultant based in Florham Park, NJ. Philosophy IB was established in 2000 by founding partners Christine Lotze and Kaveh Naficy and today serves Fortune 100 companies focused on assisting clients execute their strategies by changing how people work. This deal represented Heidrick’s fourth strategic acquisition in less than a year and it was the third for its global leadership consulting business.

Heidrick seems to be using that newly acquired aptitude readily. The company recently launched The Leadership Network, a forum for women in executive leadership roles who aspire to C-suite and non-executive director roles. “The Leadership Network helps address the need to create and support a sustainable talent pipeline for senior women leaders in business,” said partner Jenni Hibbert, U.K. financial services practice leader. She said it is an invitation-only forum for female C-suite leaders to enhance professional development, exchange ideas and share learning experiences with peers.

Heidrick is forecasting first quarter 2017 consolidated net revenue of between $140 million and $150 million. This forecast is based on the average currency rates in December 2016 and reflects, among other factors, management’s assumptions for the anticipated volume of new executive search confirmations, leadership consulting assignments and culture shaping services, its current backlog, consultant productivity, consultant retention, and the seasonality of its business.

“We are pleased with what the firm achieved in 2016, both operationally and financially,” Mr. Wolstencroft said. “We strategically invested in the growth of all three of our businesses through a combination of acquisitions and new hires, while maintaining profitability. Our clients’ need for visionary leadership, differentiating talent and thriving culture truly has never been greater, and Heidrick & Struggles’ brand and impact has never been stronger.”

“We are well positioned to continue our momentum in 2017 on both the top and bottom lines,” Mr. Wolstencroft concluded. Heidrick & Struggles shares have decreased 11 percent since the beginning of the year. In the final minutes of trading on Monday, shares hit $21.45, a decline of 7.5 percent in the last 12 months.