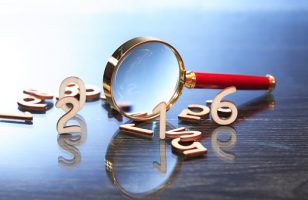 May 5, 2016 – Last year, 17 percent of the largest 2,500 public companies in the world changed their CEO, more than in any of the previous 16 years of the ‘CEO Success Study‘ from Strategy&, PwC’s strategy consulting business.

“Hiring an executive from outside a company to serve as chief executive officer used to be seen as a last resort. That is not the case anymore with the disruptive market-related changes that companies are facing today,” said Per-Ola Karlsson, partner and leader of Strategy&’s organization and leadership practice for PwC Middle East. While an internal CEO candidate may have an excellent record of achieving the business goals a company has pursued in the past, Mr. Karlsson said boards are recognizing that insiders might actually lack the skills needed to lead and see through the changes necessary to win in the future.

Mr. Karlsson, an expert in strategy formulation, organization development, corporate center design, and governance, has spent the better part of his 29-year career supporting companies in the areas of change management and people capabilities as a consultant with McKinsey & Co. and Booz Allen Hamilton.

In a recent online poll by Hunt Scanlon Media, ‘Insiders vs. Outsiders: Which Candidate Type Fits Best, and When?’ its survey findings found that promoting from within remains a preferred way for organizations to address their leadership needs. But when executive recruiters are brought in to openly recruit for vacant positions, they are often given mandates to look wide and deep for candidates and that typically results in the search shifting to a hunt for outsiders.

When asked why internal candidates are given preferential treatment for job openings, 40 percent of respondents said ‘knowledge of the organization,’ followed by ‘sensitive to corporate culture’ (33 percent), and ‘demonstrated potential’ (27 percent). When asked what primary attributes external hires bring, 40 percent of respondents pointed to ‘innovation,’ another 40 percent said ‘change,’ while 20 percent thought that outsiders brought ‘fresh perspective.’ Interestingly, when asked if companies are ‘risk averse’ when it comes to expanding their leadership ranks with outside talent, a third responded that they were.

Globally, the share of incoming women CEOs fell to less than three percent in 2015, the lowest percentage since 2011, according to the PwC report. Just 10 of 359 incoming CEOs in the class of 2015 were women. “This is an astoundingly low figure given the global focus that executive recruiters like Egon Zehnder, MWM Consulting, Russell Reynolds Associates, Spencer Stuart and others have put on this problem,” said Scott A. Scanlon, Hunt Scanlon’s founding chairman and CEO. “Empowering women leaders, I thought, was becoming a 21st century rallying cry for boards of directors. Apparently, not so.”

Female CEOs are more often hired from outside the company than male CEOs are, according to this study. Thirty two percent of all incoming and outgoing female CEOs from 2004 through 2015 were outsiders compared to just 23 percent of males CEOs.

“That women CEOs are more often hired from the outside may be an indication that companies have not been cultivating enough female senior executives in-house,” said DeAnne Aguirre, an advisor to executives on talent and culture with Strategy& and a principal with PwC U.S. “One of the reasons why women may be more likely to be outsiders is that their development is not being recognized within their own organization, and therefore they may be more likely to be attracted away.”

“The fact that more companies are now considering outsiders might improve the chances for women CEOs in the future. One can only hope, and wait,” said Mr. Scanlon.

More Facts on the Rise of Outsider CEOs:

“Boards of directors following well thought-through succession plans should have a deep bench of strong, internal candidates. However when the company needs to make transformational changes away from their former strategic and operating plans, boards should factor the ‘outsider option’ into their succession planning,” said Gary Neilson , thought leader on organizational design and leadership with Strategy&, and a principal with PwC U.S.

Clarke Murphy, CEO of Russell Reynolds Associates, agreed: “Since the financial crisis,” he said, “boards are more committed than ever to long term succession planning and rigorous processes to find and select the best executive to succeed incumbent CEOs.” He said their efforts “reflect a deliberate process” that is now resulting in superior leaders being put into position.

Even so, CEO succession planning appears to be lagging within many companies.

Seventy four percent of HR leaders have identified leadership succession as a primary internal challenge they face, according to a survey by talent solutions provider Lumesse and research company Loudhouse. The identification of leaders is crucial to mitigate against the loss of critical talent in the future, something that 73 percent of respondents said is the biggest threat to their business over the next 12 months.

The report also noted that the development of potential candidates also varies. Across all companies, 31 percent said they provided no formal preparation or training for the identified CEO successor, a number which increases to 50 percent for private equity companies. Across all organizations, on-the-job experiences (37 percent), coaching (36 percent), and formal assessments of strengths and weaknesses (34 percent) were provided to potential candidates.

All that aside, George Davis, global CEO practice leader for Egon Zehnder, said: “As we have an seen increase in the number of companies that are planning for succession it makes sense that we would begin to see an increasing number of outsiders deliberately chosen.” There is more at stake now, he added. “As companies face tremendous pressure from shareholders, activists investors, new competitors and digital disruption, it is essential to get succession right — and one aspect is planning and ensuring that you have a robust plan in place that looks at internal and external candidates and covers multiple scenarios; the second aspect is weighing the risks and making an informed decision.”

As a result, search firms are stepping up their CEO practices, where assessment advice and strategic counseling services are helping to expand revenues just at a time when their core recruiting businesses are declining, according to ‘Adapting to Change,’ an industry report published by Hunt Scanlon that is due out next month.

Here’s how several search outfits have been responding:

Check Out These Related Articles On Leadership Development:

Who Manages From the Top Can Sometimes Be Open for Debate Leadership Assessment Coming Soon to An iPhone Near You Leadership Development, Key for Growth, Seen As Stagnating Companies Lacking In Career Development & Succession Planning Efforts Pay for Performance: Not Everyone Agrees On CEO Value Leadership Deficiency: Why Business Executives Are Falling Short