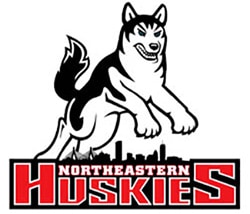 November 10, 2017 – Athletic directors are playing an increasingly vital role at colleges and universities across the country. With the expansion of athletic departments and, for the larger schools, the infusion of big dollars for sports, more schools have turned to search firms when such positions become open. Too much is at stake, they feel, to go it alone. What’s more, the AD job has come to demand greater business and management skills than the typical academic search.

Atlanta-based Parker Executive Search has recently been selected by Northeastern University in Boston to find its next athletic director. Peter Roby will retire in June, concluding more than 15 years with the university. Daniel Parker, vice president and managing director, is leading the search along with associate Hayden Garrett.

The school seeks someone with a minimum of 10 years of progressive experience leading a successful, multifaceted enterprise, preferably in intercollegiate athletics or related field, said Parker Executive Search. A record of achievement in NCAA Division I athletics administration is recommended but not required. The highest level of personal integrity and ethical standards, including a commitment to and compliance with NCAA and conference rules is required.

Athletic director searches are some of the most prolific assignments for recruitment firms in the sports sector. Here are some recent AD assignments from the Hunt Scanlon Media archives:

Sports and entertainment recruitment firm Turnkey Search placed Bill Moos as athletic director at the University of Nebraska
The chancellor said Mr. Moos rose to the top of a group of candidates that included several sitting athletic directors from Power 5 conference schools.

Collegiate Sports Associates retained by University of Texas at San Antonio (UTSA) to lead search for a new athletic director
UTSA president Taylor Eighmy said that the group’s goal should be “to identify an exceptional leader who is committed to the university’s advancement to excellence in academics, research, engagement and athletics.”

Turnkey Search recruited John Currie as director of athletics and vice chancellor at the University of Tennessee
He replaced Dave Hart, who announced his retirement last year after six years with the school.Turnkey Search also recently placed Todd Stansbury as athletic director for Georgia Tech.

Eastman & Beaudine placed Jon Gilbert as the new athletic director of the University of Southern Mississippi
Eastman & Beaudine has conducted numerous assignments to find head football or basketball coaches for a number of universities.