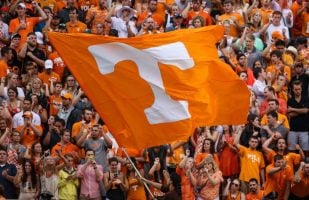 March 3, 2017 – Sports recruiter Turnkey Search has placed John Currie as director of athletics and vice chancellor at the University of Tennessee. He replaces Dave Hart, who announced his retirement on August after six years with the school.

Mr. Currie has spent the last eight years as athletic director at Kansas State. He begins his duties at UT next month. Before Kansas State, he worked within the UT athletic administration in various capacities, including chief deputy and advisor to then AD Mike Hamilton. He received his master’s degree from UT in sports management.

“We are extremely pleased to announce John as our new vice chancellor and director of athletics,” said Beverly Davenport, University of Tennessee chancellor. “This is truly an exciting day for the University of Tennessee and our athletics department. As I said when we began this process, we were looking for the best candidate, and we feel strongly that we have him in John Currie.”

Mr. Currie exemplifies all the qualities the search committee was seeking in an athletics director, said Ms. Davenport. “He is a man of high integrity, strong values, a progressive thinker, he fully understands the importance of being compliant in everything we do, and he is a leader who will put the well-being of our student-athletes above everything.”

“John Currie has been incredibly effective as an athletics director and I am pleased he is bringing his leadership skills back to the SEC,” said SEC commissioner Greg Sankey. “He is an accomplished athletics administrator and the University of Tennessee will benefit from the experience and enthusiasm he will bring to the position.”

Established in 1996, Turnkey Search has conducted more than 1,000 executive recruiting placements across the entire landscape of the sports & entertainment industry. It recently completed executive searches for president of the new NHL expansion team in Las Vegas, CFO of the Atlanta Hawks, CRO of the Anaheim Ducks, CMO of the Cleveland Browns and Oakland Raiders, and it placed athletics directors at Michigan, Minnesota, Georgia Tech, Bowling Green and other Division I institutions.

The University of Tennessee is just one of an expanding number of schools turning to executive search firms to find athletics directors. So why are we seeing this trend? Search firms clearly bring a sense of security to schools when trying to fill this important sports role.

“Using a search firm to find their AD or head coach brings many benefits to colleges, including speed, coordination and discretion in an industry where all three are vital,” said Glenn Sugiyama, DHR International’s managing partner and global sports practice leader. “Search firms can provide many tangible and intangible items in a search process.”

Check Out These Related Articles On Athletic Director Searches: