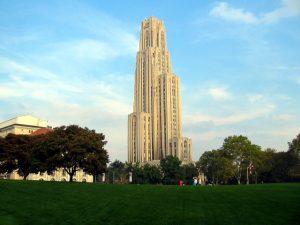 March 28, 2017 – Search firms have been tasked to find athletic leadership for universities across the country. In one of the latest, DHR International has just placed Heather Lyke as athletic director at the University of Pittsburgh. She becomes the first woman to take on this leadership role at the school, replacing Scott Barnes. Glenn Sugiyama, DHR’s managing partner and global sports practice leader, led the assignment along with partner Pat Richter who spearheads the firm’s specialized sports practice group.

Ms. Lyke has an exemplary record of 22 years in increasingly high-level roles in collegiate athletics administration. She served as vice president and director of athletics at Eastern Michigan since 2013. There, she oversaw a department that sponsors 21 varsity sports with more than 550 student-athletes. Her tenure witnessed high levels of achievement not only in the competitive arena but also academically and from a fundraising standpoint.

Prior to her EMU tenure, she was a ranking athletic administrator at Ohio State for 15 years. In 2014, Ms. Lyke became the first woman to chair the NCAA Men’s Lacrosse Committee. She additionally chaired the Mid-American Conference’s Cost of Attendance Task Force. She found the beginning of her professional path during her days as a scholarship student-athlete at the University of Michigan, where she captained the Wolverines’ Big Ten champion softball team.

“There was incredibly high interest in the position from seated athletic directors and top deputies,” said Dr. Randy Juhl, Pitt’s acting athletic director and chair of the search committee that recommended candidates. “But as we proceeded, Heather’s breadth of experience, her achievements at EMU and her fit to the values of the university and our region made the committee’s recommendation an easy choice.”

“Heather Lyke’s track record exemplifies her dedication to student-athletes. She has a passion for success in the classroom, on the playing field and in life after graduation,” said schools chancellor Patrick Gallagher. “She is the perfect person to lead our department of athletics into a new era of excellence, and I am thrilled to welcome her and her family to Pitt.”

“It is an incredible honor to accept the director of athletics position at the University of Pittsburgh,” Ms. Lyke said. “I am grateful to chancellor Gallagher and the search committee for the opportunity to lead this athletic department filled with dedicated student-athletes, coaches and staff. Pitt has such a storied tradition and great expectations. With all of us working together, I am confident we can build winning teams and a winning culture for Pitt Athletics.”

The University of Pittsburgh’s athletic teams, referred to as the “Pitt Panthers,” include 19 university-sponsored varsity teams at the highest level of competitive collegiate athletics in the U.S.: the National Collegiate Athletic Association (NCAA) Division I. Pitt’s highest-profile athletic programs, football and men’s basketball, are consistently competitive. Pitt has been regularly ranked as having one of the best combinations of football and basketball programs by multiple sports media outlets, including CBS Sports, ESPN, and Sports Illustrated.

A Leader In Sports Recruitment

DHR’s sports practice is a global specialty for the firm with capabilities that serve clients on six continents across all sports-related organizations, ranging from Fortune 500 companies and professional sports teams to public and private university athletics squads. The firm has handled a number searches for schools, including the University of Pittsburgh, Colorado State University, Fresno State University, San Jose State, Kansas, Syracuse and Quinnipiac University.

Described by Forbes magazine as “one of the most influential men in college athletics,” Mr. Sugiyama has been placing talent in professional sports organizations and for top academic institutions around the world, including senior sports executives and head coaches. He is considered a human capital expert in the sports industry, and is frequently asked to share his opinions and insights in the media, and speak about his experiences internationally.

“Using a search firm to find their AD or head coach brings many benefits to colleges, including speed, coordination and discretion in an industry where all three are vita,” said Mr. Sugiyama. “Search firms can provide many tangible and intangible items in a search process.” In addition to confidentiality, industry expertise, organization and detail, search firms can give an institution a “credible and professional third party” credibility while providing the institution “protection and plausible deniability.”